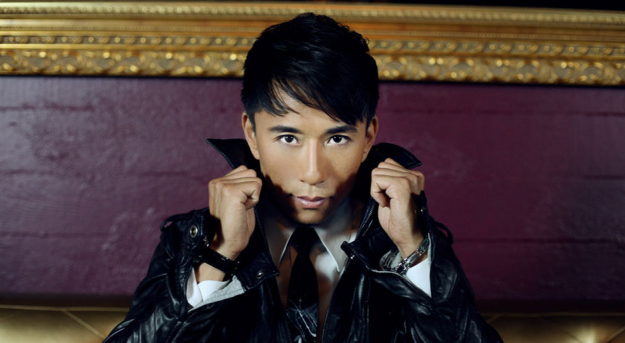 [Exclusive] James Kyson Lee: From Sidekick to Superhero and Beyond

Today we’re checking in on Korean American actor James Kyson Lee, whom you probably know best as everyman-turned-superhero Ando Masahashi on “Heroes”! James may have reverted back to mere mortal status after “Heroes” ended its run, but he’s still on the go, guest-starring in “Hawaii Five-O”, playing Ultimate Frisbee in LA, and meeting Korea’s top pop stars in Seoul. The actor, who’s currently in development for a couple movies, as well as looking at some projects with the SyFy Channel, took time out of his busy schedule to say hello to Soompiers.

Hi James! I heard that you just visited Korea for the first time in awhile. What were you up to?

Yeah, first time in Seoul in sixteen years! I was there for a few things; there was an event at the Banyan Tree Club, so they were hosting me, and I had some meetings and interviews.

I got to go to Music Bank. Brian Joo is a friend, and Tae Woo from g.o.d. is a good acquaintance, so I saw them perform. And I got to meet Tim, the singer, and we really got along. I also met Jung Ryeo Won, who was really nice. She gave me a book that she wrote and published, and I just thought she was so talented and very interesting. And I went to her premiere, of “Sleeping with the Enemy”, so that was kind of cool, my first Korean movie premiere, actually watching a Korean movie. Let me see, I got to go to a fashion show, and then — oh! This was random — my last night in Seoul, we all went out to dinner, and then we went bowling afterward. Brian was there, Tim was there, we were all hanging out. And then we ran into this girl band called Girls’ Generation?

Girls’ Generation are the most popular girl group in Korea right now!

So I met them for the first time too, which was really funny, to see artists in a social setting.

Thanks to “Heroes”, we all know you’re proficient in Japanese, but how’s your Korean?

My Korean’s pretty good. You know, it was my first language, so even though I never get to speak it in the States, when I went to Seoul last month, it came back pretty fast. So yeah, I feel pretty comfortable in Korean. Actually, with Japanese, I had to do a lot of work to study and learn, and I forgot a lot of it since we stopped filming. But yeah, it was nice to be in Seoul and kind of hear and speak Korean 24/7. It just came back, like riding a bike.

James’ “Heroes” character, Ando Masahashi, originally started out as a recurring role for the first season. He turned out to be so popular that the producers turned him into a series regular for the next season, then upgraded his character to superhero status in the next. Were you really excited to become a superhero, or do you think that the great thing about Ando was that he didn’t have superpowers so we could all relate to him?

No, I loved it! I remember when we were starting Season 3, one of the writers came up to me and said, “I think you’re really going to enjoy this season.” And that’s when I found out. You know, right before we started Season 3, I was in Bulgaria filming a movie, so I had to do quite a bit of physical training for it. When I came back, none of my clothes from the first two seasons fit anymore. So they had to refit me, and I think that’s maybe when they had the idea to change up his style a little bit.

One reason that “Heroes” was really fun to watch was that we could see all the different characters and ask ourselves which superpower we would most want to have. Your character evolved to have a kind of supercharging ability, but what would you choose for yourself?

I’d love to have two. One is instant metabolism, because I love food, and it’s just so much work going to the gym and trying to stay in shape. Second, we had a character named Monica in Season 2. She had the matrix power, where she was able to watch stuff and learn it instantly. I’d say that’s probably the most useful power.

Speaking of eating: If you could choose your last meal on earth, what would it be?

Oh man! I mean, I love all food, but… I gotta go with Korean, you know? I just feel like, if it’s my last meal, it has to be the kalbi, the banchan, nengmyun, some fruit, and yeah… I mean, it’s in my blood!

You obviously work out a fair amount. What’s your workout routine?

I try to do weight training about four times a week, for about an hour to 75 minutes. And I watch what I eat. I try to eat healthy, sort of a high-protein, high-nutrient diet. And I love playing Ultimate Frisbee! It’s probably my favorite sport. For people who don’t know what Ultimate is, it’s like football with a discus. So I actually played in Korea, which was really cool. I didn’t even know that Korea would have an Ultimate community, but apparently they did. I got to go out by the Han River and run around with some Koreans and expats, so that was kind of fun. And then I’m actually on a basketball team here called Hollywood Knights. It’s a team of different actors and singers. We actually do USO tours including the troops overseas. We did a tour in Hawaii and then our last tour was in Italy.

Do you have any unusual or quirky traits or talents?

Um… I kind of do, let me see. Well, I used to be in a hip-hop group in college. I don’t know if that’s a quirky talent. But it’s strange, because we all met at church, and it was like two of us from Boston University, one from Boston College, and the other one from Northeastern. So we started as four guys, and one of them went back to Japan and completely blew up as half of this group called M-Flo. And the other guy was rapping in New York and went to Korea and joined this group called Uptown. [Respectively, Verbal from M-Flo and Roy Kim from Uptown.] I think they just disbanded.

Yeah, but they were pretty big! That’s amazing.

And then one became a pastor, and the fourth person was me; I went to LA and became an actor, so it was really…

That’s pretty unusual, that three of you ended up becoming famous performers!

What would be your dream acting project?

I’d love to play a cop. I love getting out on the field… I love doing action, like when we did the movie in Bulgaria, it was all action, and we were running around with machine guns, and just, you know, being guys. And it was kind of fun to do.

And I’d love to do a biopic. There are some really interesting stories from Korea that haven’t been explored yet. Korea’s a country with such a long history, and a lot of interesting historical figures, and I just feel it would be interesting to be able to tell those stories.

Those would be two really different roles! So the other day I happened to read a mission statement from a Korean American actor named Steve Park, in which he recounted a racist incident which he had witnessed on the set of “Friends”, and he stated that Hollywood does a really poor job of representing people with Asian faces in a positive light. But this was in 1997, almost fifteen years ago. Do you think the situation has changed since then? Do you have any personal experience like his?

Is this Steve Park from “In Living Color”?

Oh, I just met him last week! For the first time. That’s so weird. We recognized each other, so we said hello, and he was a big fan of the show, and I was so flattered. That guy was like a fabric of my childhood, when I was in New York City, and we saw an Asian dude on “In Living Color”, and we were like, “WHAAAT?”

Totally! It was the same way in our household, growing up.

Yeah, you know, Hollywood is… First of all, it’s tough being an actor, regardless of what color you are. There’s about a quarter million people in LA who are trying to be actors, so it’s really competitive. 90% of the Screen Actors Guild makes less than $5,000 a year. It’s such a ridiculous industry. And I say the smallest piece of the pie is probably for Asian males. So there are not many roles to begin with.

In terms of representation, there’s going to be very few roles because it all starts from writing, and unless you have a lot of diversity on that level… you know, that’s where stories start, that’s where projects get greenlighted. So the more creative people we have on those levels, the better. Luckily, I’ve been able to play some roles that were multi-dimensional, they weren’t really stereotypical or one-layered. So I’m thankful for that. That’s not to say that there aren’t stupid roles out there that have poor representation. I mean, I don’t think that’s ever going to completely disappear. But we always have a choice. If there was a role that I was not interested in, I simply refused. You’re never forced to do anything. You always have a choice.

I say the best way to break any type of stereotype is to just don’t be one, and be great at what you do. One thing I can say about this country is that if you have the goods, sooner or later, they’ll recognize you. And it’s the same in Hollywood. Eventually, the cream will rise to the top.

Thank you to all the fans in Soompi, and you can follow me on Twitter at /jameskysonlee!