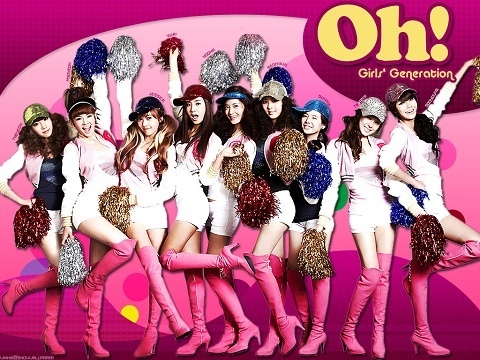 Take me out to the ball game take me out with the crowd, buy me some peanuts and Cracker Jack, I don’t care if I never get back, Let me root, root, root for the home team Girls’ Generation!~The nation’s love for baseball is increasing exponentially every year. The Korea Professional Baseball (KPB) was originally founded with six teams in 1982 and currently has eight teams. The KPB also recorded selling over 100 million tickets in total last season, a record high. A lot of people root for their favorite teams, and celebrities are no exception. There are frequently seen at stadiums throwing the ceremonial first pitch and cheering for their teams.

As baseball gained popularity in Korea, many teams became busy recruiting celebrities to throw the opening pitch of their games. The trend to recruiting top stars has been steadily increasing since 2007. “Sports Seoul” met with a representative of Doosan Bears to ask about celebrity first pitches.

How do you select first pitch throwers?

We have a separate department within the club that deals with recruiting the ceremonial opening ball throwers. There are times when the club would send requests to the stars or we would receive requests. With baseball becoming more and more popular, many celebs are interested in throwing the first pitch. We have about 30 to 40 stars on the waiting list so far.

Do they receive special training for the ceremony?

The celebs are notified about ten days before the game if they are chosen, so they have to practice in their own time. Most of the time, if they come an hour before the game, they get a chance to receive private lessons from the athletes themselves. The younger athletes are usually in charge of the lessons; but when girl groups like Girls’ Generation, KARA, or Secret come, they all volunteer and compete to spend time with the girls.

Do you pay first pitch throwers?

Not at all. We give them souvenirs like the uniforms they wear the day of, caps, balls, etc. Once the season ends, we gift them a framed picture of them throwing the opening pitch as appreciation.

Who would you consider the goddess of luck and victory?

Girls’ Generation without a doubt. We’ve had a chance to work with them several times since 2007, and we’ve never lost a game when they guest starred. YoonA, Seo Hyun, Yuri, and Soo Young have thrown for us, and the group sang the national anthem for us as well. In 2008, we won the sixth game in the playoffs against Samsung. Hong Soo Ah is also an amazing thrower. No other celebrity can challenge her.

Girls' Generation
Doosan Bears
How does this article make you feel?