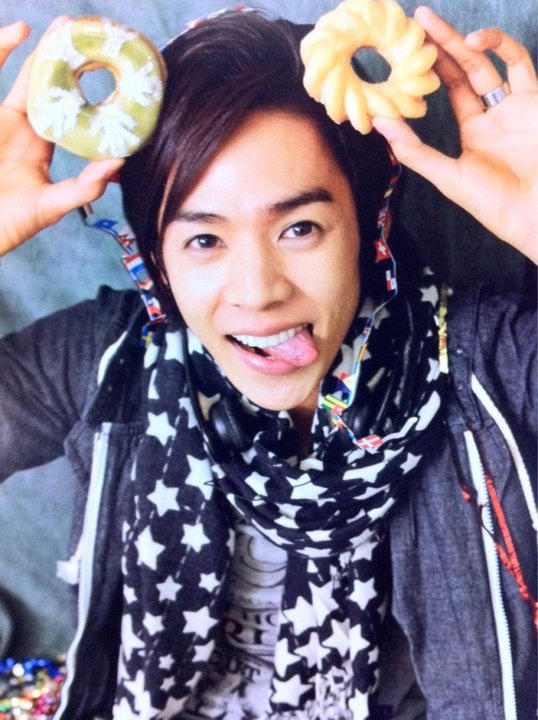 Celeb
by A. Lam

So many of you might ask, what is the life of Alexander after U-KISS?

Having a blast of course!: Being in the spotlight AND living a normal life!! How is that even possible?!

Shortly after his departure from U-KISS, he joined 3rd Wave Music, this non-profit organization, to support the first ever K-Pop-based CCM (Christian Contemporary Music) along with Brian Joo from Fly to the Sky. A portion of the sales from the 3rd Wave albums will go toward I-WIN Campaign which aids Africa!

Besides working hard still in the entertainment industry, he was also given the time to live a normal life hanging out around Seoul! Like going to watch Thor in 3-D! :

And playing around with Pastor Johnny Lee from @3rdWaveMusic, both being silly! :
Hint!: Did you know that there are MORE pictures of Alexander on the 3rd Wave Music iphone app?
( http://3rdwavemusic.org/ )

Also, hanging out with his aunt and her friends eating cake ^^ :

Last week he finished recording the first song on the next 3rd Wave Music abum!

Alexander, we wish you the best of luck in 3rd Wave Music!

3rd Wave Music
How does this article make you feel?