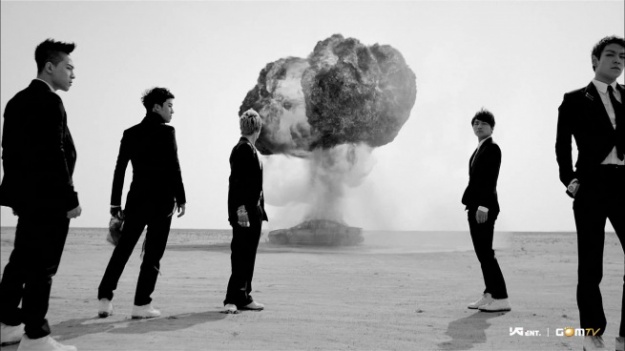 Big Bang, it is hard to find someone who does not know them. With five of the most charasmatic stars around, it’s no surprise they have risen through the ranks to become one of the top groups in Kpop, dominating charts and hearts of fans everywhere.

But just watching them is not enough for some (including me,) and we always want to see more of them, the real people we don’t see on stage We have seen it many times in the past with things like “Big Bang TV” and once again we get a glimpse of the magic with the making of the music video for their hit single, “Love Song.”

All five of them work incredibly hard to show good sides of themselves as we as delivering the very best music to their fans. At times it must become very hard, it may look like a fun music video set as well as a fun environment, but imagine constant hours of it, on top of busy schedules, even the life of an idol can be hard. But if you watch this video carefully, and then watch it again for good measure, (because who can get enough of them,) then you will see the source of their strength. These five are more like brothers than companions, sure they may get angry at each other behind the scenes, but their smiles and laughter are sincere and they support each other. Let’s be honest, who doesn’t want to be part of their little group!

This is the making of a love song I definitely do not hate. (What a terrible joke I know, I can hear you groaning.)

Big Bang
Love Song
How does this article make you feel?