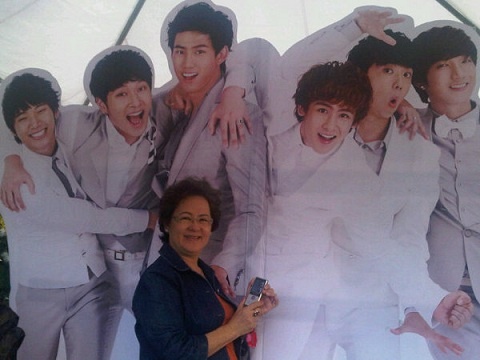 On Monday, 2PM’s Nichkhun’s mother Yenchit Horvejkul made headlines. His mother is the chief executive officer of a Thai pharmaceutical company called the Union Medical; and on May 26th, she attended the Gangwon Asia Bio Trade Conference for business. Union Medical is one of the leading pharmaceutical importers and distributors in Thailand and was established in 1976. Fans were already aware that Nichkhun was from an affluent family, but were unaware of how much wealth and influence his family had until now.

His luxurious and soft image, along with photos of his home and private school, has earned him the nickname “Thai Prince. It was revealed that Nichkhun attended the ultra-exclusive Wanganui Collegiate School in New Zealand, where British royal Prince Edward the Earl of Wessex also attended. Additionally, Nichkhun had posted photos of his home in Thailand last year. His family’s villa-like estate is complete with a pool and garden and is located conveniently by the beach.

Nichkhun’s mother has been very supportive and open about her love to her son. Last December, she appeared on MBC’s “We Got Married” to meet and greet her make-believe daughter-in-law Victoria. Additionally, she, along with Nichkhun’s extended family members, starred in a LG U+ international call commercial with her son. Nichkhun has also tweeted various photos of his mother standing next to his posters.