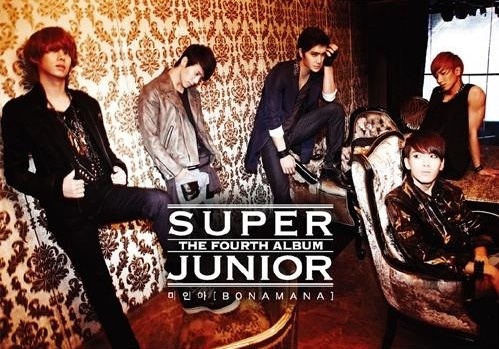 Super Junior has set a new record in Taiwan for remaining #1 on the country’s largest online music chart for 52 consecutive weeks. According to SM Entertainment, Super Junior’s “Mi In Ah,” the title track of their fourth mini album, was the most popular song in the K-Pop category of Taiwan’s KKBOX (http://tw.kkbox.com) over the whole past year. Since reaching the top spot in the first week of June last year, “Mi In Ah” became the longest running #1 single in KKBOX history last week when it topped the charts again for the 52nd consecutive week (the 5/22~5/28 chart).

Super Junior’s popularity in Taiwan has been noted for a while already. Their previous single “Sorry Sorry” was also a massive hit in Taiwan as it was the top track on KKBOX’s K-Pop chart for 36 straight weeks and “ezpeer+” chart for 34 weeks in a row. In addition, Super Junior-M, the sub unit of Super Junior mainly focusing on the Chinese market, has been sweeping multiple Taiwanese music charts lately with their latest single “Tae Wan Mi (Perfection).” Also, Siwon and Donghae began filming for their first Taiwanese drama, “Extravagent Challenge,” in mid-April as the two male lead roles, reflecting the group’s explosive popularity in Taiwan.