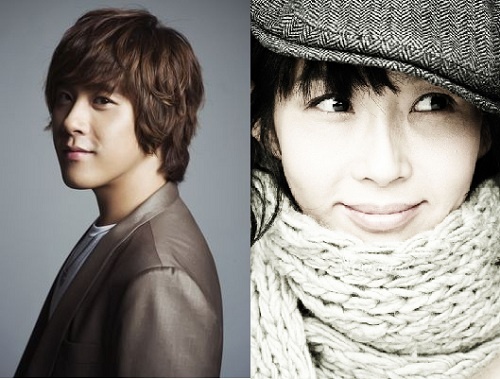 A combination of factors might have led to the tragic suicides last week, but it’s worth noting that the two victims had suffered from a deadly common disease: depression. In fact, over the last five years or so, we’ve seen a number of Korean celebrities hang themselves after battling serious mental distress; just last year we saw actor/singer Park Yong Ha commit suicide following Choi Jin Young and his sister Choi Jin Shil, as well as actresses Lee Eun Joo, Jung Da Bin, singer Yuni, and the list goes on. The pressures of fame as well as personal problems lead to self-destruction and often times it is difficult for them, as public figures, to share inner thoughts to even their closest acquaintances.

“Their popularity fluctuates a lot and that could lead to a lot of pressure and humiliation. Add to the growing competition, the fleeting popularity, and exposure to the public’s eye, and it makes it hard for them to talk to anyone about their personal problems,” Kim Kyung Ran, psychiatry professor at Yonsei University, told local media YTN. “The non-stop gossip and unfounded rumors, as well as the slander and negative comments about their career/personal lives could cause stress levels much higher than regular people.”

In particular, they face higher stress levels when it nears the release of their work, be it a new album, film, or TV show. “Prior to the release of new songs or shows, celebrities always feel like they’re hanging onto the edge of a cliff,” Hong Jong Ku, former member of 90s pop sensation NOISE and current head of Celebrity Management Association, told Yonhap News Agency. “You start thinking, ‘If this doesn’t succeed, my life will come to an end.’ You start to realize that’s not the case as you grow older, but it’s difficult for celebrities to understand that and reach out for help in those dire situations.”

However, the bigger problem may lie in the fact that these celebrity suicides could lead to a social phenomenon commonly known as the “Werther Effect”—the massive wave of similar suicide attempts following a widely publicized suicide, with the number of deaths increasing in proportion to media’s coverage of the tragic event.

South Korea, in fact, has seen the number of suicide reports jump to 1,700 in the month of actress Choi Jin Shil’s death, compared to the country’s national average of 1,000 per month. Choi Jin Shil, widely known as the “Nation’s Actress,” hung herself in 2008 following depression problems. The same thing happened after actress Lee Eun Joo’s suicide in 2005 when the country saw its suicide rate spike 2.5 times from the national average.

This could be an issue of grave concern to South Korea, a country that has consistently ranked high among all developed nations in suicide rates. South Korea was ranked as having the highest suicide rate among all 30 members of the Organization for Economic Cooperation and Development (OECD) in the past few years. According to government reports, South Korea saw an average of 28.4 people per 100,000 of its population commit suicide in 2009, nearly triple the average of all OECD countries (11.4 per 100,000). In addition, in 2009 alone, 14,579 people killed themselves in South Korea, up nearly 19 percent from 2008, and mental problems were the most common reasons for suicides. South Korea’s suicide rate has also increased nearly 50% over the last decade, while suicide was cited as the main cause of death among people in their teens to 30s.

“Considering the fact that Korea has the highest suicide rate among all OECD countries, it’s hard to say suicides are a problem only pertaining to the entertainment industry,” Professor Kim said.

In response, South Korea’s health ministry launched several preventive measures under the goal of dropping the country’s average suicide rate per 100,000 to below 20 by 2013. The measures involve increasing counseling offices and psychiatric services around the country, while enhancing educational programs for students.

Professor Kim, however, said this is a nationwide problem the government can’t solve by itself. “More than anything, it is important to keep open communication channels. If family members and friends would just listen to these people and engage in simple conversations, it would greatly decrease their chances of actually committing suicide.”