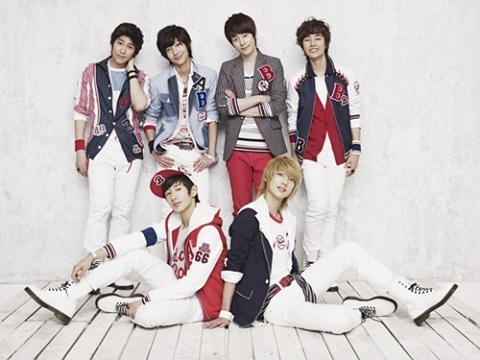 They’ve modeled for various products, ranging from cars to phones to food and beverage products. Some netizens even recognized the twins stating, “Oh my, they’ve grown up.” Twins Young Min and Kwang Min have been attracting a lot of attention for their pretty boy image and resemblances to SS501’s Kim Hyun Joong, as well as Super Junior’s HeeChul, even before Boyfriend’s debut.

The six member boy group has been gaining a lot of popularity since their debut. The music video for their title song “Boyfriend” reached over 850,000 views on Starship Entertainment’s official YouTube channel.