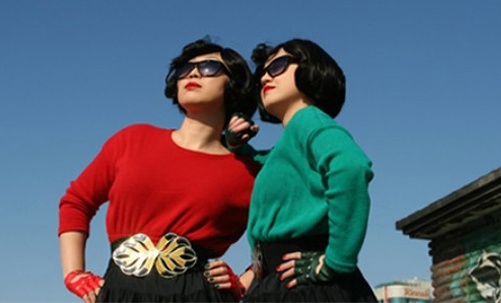 Back in December the Commission on Youth Protection in Korea released a list of what they considered to be songs containing harmful content for youth at that time: GD&TOP with “Don’t Go Home”, Seeya’s “Heels”, Mighty Mouth’s “G-Masta”, and Dok2’s “I Won’t Lose”. Last month X-5’s song “Fantasy” and ZE:A’s “Be My Girl” were found to be unsuitable by the CYP. The commission is back again with another list in an effort to protect the public’s ears and minds from negatively influential and inappropriate content and themes.

The list that was just released revealed a whole new batch of songs. To start things off Mimi Sisters’ “Mimimimimimimimi” as well as C’est Si Bon Friends’ “One Glass of Memory” made the list due to the fact that both songs use of slang and alcohol references.

Recently debuted group Block B’s single “Freeze!” was on the list due to the content of their lyrics as they “expressed unwholesome dating methods.” Soul Dive’s latest mini-album “Bad Habits” saw four tracks make the list along with J-Tong’s “Poo” and Eluphant’s “Superstar” the reason being because these tracks contain slang and sexually suggestive expressions in their lyrics.

Songs which are thought to be “harmful media” to the public’s youth are not allowed to be sold or purchased by those under the age of 19. The “media” in question also has restrictions on airplay, such as once a song has made the list it will not be played before 10 PM.

What do you think of the Commission on Youth Protection decisions and opinions? Do you agree with the choices made? Will you still purchase the single’s even if you are under the age of 19?

Block B
Eluphant
Soul Dive
How does this article make you feel?