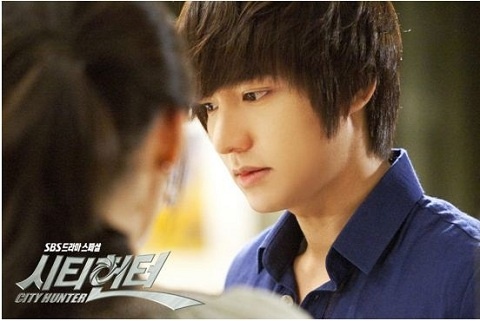 Actor Lee Min Ho is currently in the hospital after being involved in a car accident. The accident occured around 3:30PM KST as he was filming a car scene for drama “City Hunter.” It’s been said that the force of the accident was severe enough to wreck the entire front portion of the vehicle and inflate the airbags. Luckily, Lee Min Ho did not have any serious visible injuries and walked out of the wrecked car. Both Lee Min Ho and a crew member, who was also in the vehicle at the time of the accident, have been moved to the local hospital for various checkups. Lee Min Ho’s car crashed into a parked one-ton truck. The truck belongs to a subcontractor hired by the Ilsan District Office to water plants throughout the city and was parked in the street as its workers were completing their tasks.

A representative of his agency stated, “He’s in the hospital for checkups. We are still waiting for test results.” All filmings have been momentarily halted.

Lee Min Ho plays Lee Yoon Sung in “City Hunter,” a multi-talented government agent who’s skilled in various areas like gunnery and martial arts, His mission is to take down the “group of five” responsible for his father’s unjust death.