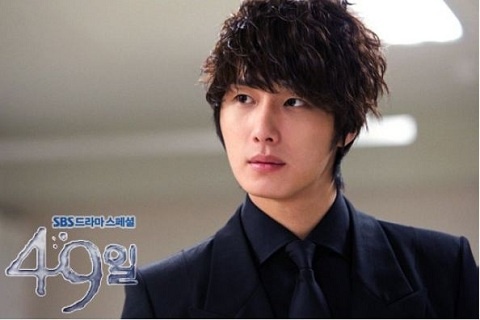 On tomorrow’s episode of SBS E!TV’s “StarQ10,” actor Jung Il Woo will reveal his elite family background. During past interviews, the modern-day Grim Reaper, from popular drama “49 Days,” has mentioned that his father was the director of a Kendo (Japanese fencing) academy. Additionally, his grandfather was the former President’s doctor and is currently the chief director of a famous general hospital in Korea.

However, the producers of the show discovered that Jung Il Woo’s mother is also the chief of Textiles Research Lab at the prestigious Korea University. She’s an expert in various areas of the Korean aesthetics, as well as art history, and has received various awards. Currently, she’s a professor at the Korean National University of Cultural Heritage, and “StarQ10” reporters visited the campus to uncover some more about Jung Il Woo’s elite family background.

49 Days
Jung Il Woo
How does this article make you feel?