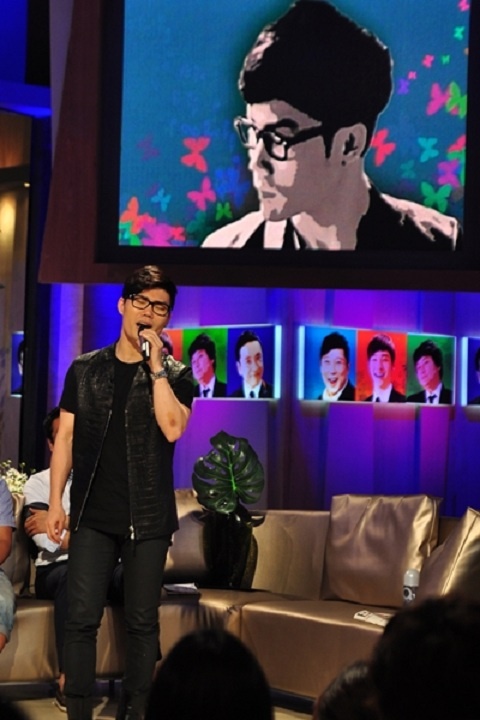 (I personally believe that Kim Bum Soo is a good looking fella; however, Koreans generally don’t believe that he’s “great” looking. On the show “Survivor: I Am a Singer,” Kim Bum Soo is getting more confident of his looks, and he is being affectionately called a “visual singer.”)

On KBS2’s “Seung Seung Jang Goo” that was broadcast on the 28th, Kim Bum Soo confessed that at one audition he was mistaken for a delivery boy.

Before he debuted he went to an audition for an agency once all dressed up and also having dyed his hair. He continued, “I waited at the audition area but nobody came to look for me, then someone told him, ‘If you are done please leave,’ I told the individual that I had come for the audition, and finally I was granted it.”

Kim Bum Soo debuted without showing who he was in 1999. In 2001, he actually had entered the Billboard Charts.

Kim Bum Soo had reached the 51st for Billboard Sales and had an interview with the Korean “9 o’ clock news;” howeve,r just like a criminal only the side of his face was shown while the full face of the critic interviewing him was shown.

On this episode of the show, Kim Bum Soo also showed how to take care of your visuals through 15 different types of makeup.