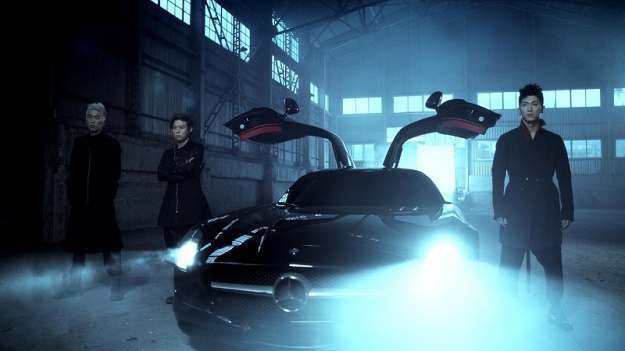 JTL Reunion in the Making?

Jang Woo Hyuk tweeted a mysterious photo on July 1st featuring his former JTL members, Tony An and Lee Jae Won, at what looks to be a music video filming set. For the photo, he only said, “It’s been a long time. The 7th coming soon,” leaving many fans wonder if the group’s reunion is indeed in the works now.

JTL was a group created in 2001 with three former H.O.T. members, Jang Woo Hyuk, Tony An, and Lee Jae Won. Their debut single “A Better Day” was quite a success and in 2003 the group won the Favorite Artist of Korea Award at the MTV Asia Awards. However, partly due to their strained relationship with SM Entertainment after the fallout from H.O.T., the group has not lasted long, officially disbanding in 2003. As many of you know, H.O.T. was one of the most sensational idol groups in the mid 90s produced by SM Entertainment. They disbanded in 2001 after the three JTL members dropped out of the agency to form their own group.

Following the end of his military service in late 2009, Jang Woo Hyuk mostly focused his promotions in China. In late May, he made his return to Korea, releasing a new album titled “I Am the Future,” including title track “Time is [L]over.”