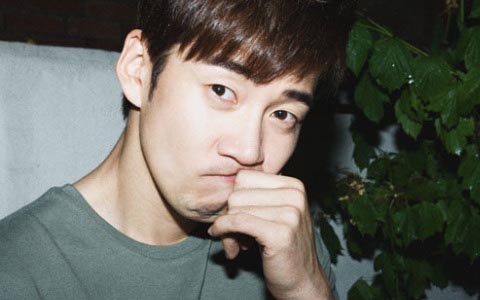 Well, the official cast has been announced for the third season of the hit family sitcom series “High Kick,”which had big successes with 2006′s “Unstoppable High Kick,” and then 2009′s “High Kick Through the Roof.”

My interest has waned in the series since the controversial ending to the second installment, but I have to give them some credit for coming up with a pretty amusing third title (still a working one): Counterattack of the Short Legs. HA. But the cast list doesn’t really excite me, and if anything is surprising for being so heavy on the pop stars and musicians. Is there a music slant this season, or is it just coincidence?

The full cast list, in order of their pictures in the chart below:

javabeans: He’s had leading roles before, but he hasn’t had a lot of big hits — some memorable flops like “Road No. 1,” “Triple,” even “Who Are You,” which I loved but did single-digit ratings.

javabeans: I don’t think he basked much, actually. Heh. And aw. I think “Best Love” was his biggest mainstream role to date.

girlfriday: I suppose I haven’t seen that much of his work, but I thought he was bigger. Not that this is a bad move, but just a surprising one.

javabeans: He may…perhaps…be disproportionately big on Dramabeans compared to, oh, real life. I accept no responsibility.

girlfriday: Dude, it’s TOTALLY your fault! You’ve been blinded by the hotness.

javabeans: No, not the hotness, the adorable little-boy-ness!

girlfriday: Either way you’ve been blinded. Or I’ve been duped.

girlfriday: HA. Okay, got me there.

javabeans: At first I thought it was strange he took a second lead role in “Best Love,” but after seeing the show, I’m beyond glad he took it. So tired of anemic Hong Sisters second lead actors, and he made that role work. I’m still sorta torn up about him, and that’s despite rooting 100% for Dokko Jin. Can I have more than 100% of love to give?

girlfriday: Yes, in my math, you can have as many percentages as you want, because no matter how much you love Gong Yoo, someday a Seung Gi is gonna come along, and screw up the numbers. So yeah… you just go with it. I speak from actual number-crunching experience.

javabeans: Remind me not to let you do my taxes.

girlfriday: Even I don’t let me do my taxes.

javabeans: Mostly, I think, but I definitely got to know other actors through it that I wouldn’t have otherwise. Even being a small part of a huge sensation is gonna benefit you more than being the star of a sinking ship, yeah? Big fishies and ponds and such?

girlfriday: So he’s gone to spread his Little Fishy wings?

javabeans: Can we mix that metaphor more? Yes, he’s going to fly to bigger pastures, where the water’s greener.

girlfriday: Heh. Is that… better? I can’t tell anymore.

girlfriday: It seems like idol actors are getting more flak in the Korean media these days (or again, rather) but there’s a spike lately for some reason.

javabeans: Really? I thought it was getting better. Did something happen?

girlfriday: I don’t know if there was an inciting incident or anything, but there have been more op-ed pieces about the idol actors “taking” roles away, statements from veteran actors against it, etc.

javabeans: I think there’s actually a stark divide. Mediocre-to-bad idol-actors are always going to be attacked (not entirely unfairly) for the constant attempts to capitalize on idol fame. But I feel like the media conveniently forgets a big chunk of the idol-to-singer transitionees, the ones who have ironically transitioned so well that some people forget where they started. And then they’ll bust them out when it’s convenient to their argument.

girlfriday: Right. It’s interesting that if you succeed as an actor, that past is conveniently forgotten. Not that anyone’s going to forget that Yoon Kye Sang was in g.o.d.

javabeans: I was just going to say that his past totally gets forgotten! Some people don’t even know he was in g.o.d.!

girlfriday: Haha. Maybe it’s cause we’re in the generation that wouldn’t be able to forget it, but I do think he’s in that group of actors who transitioned successfully enough to shed his idol past (not that it’s a bad thing, but just what the media does).

javabeans: Then there are the ones like Rain and Eric — there’s no escaping their singer halves since they’re so famous for it, but they’ve done well enough in the acting realm that they escape the scorn. Mostly.

girlfriday: Or their stars were too big to deal with.

javabeans: I do think they’re decent actors though, fame notwithstanding. They’d have made that transition pretty well if they hadn’t been that famous, don’t you think?

girlfriday: And old? Well old-ER than the (“High Kick”) norm?

javabeans: There are some young’uns mixed in there, but yeah. I guess there’s no reason to mimic its prior seasons completely, just ‘cause Season 2 was so closely structured after Season 1. But it’s a curious choice, since it’s such a youth launchpad. Where’s the Kim Bum? The Jung Il Woo? The Park Min Young? The Shin Se-kyung?

girlfriday: Yeah, it seems severely lacking in the Big Stars of Tomorrow trajectory that it’s usually on. It’s interesting that “High Kick” has become the launching pad that sitcoms used to be in yesteryear. I’m thinkin’ WAY old school, like Song Seung Heon in “3 Men, 3 Women.”

javabeans: I know MBC made a concerted effort to steer away from campus sitcoms in favor of family ones, hence the dying of “Nonstop” and the rise of “High Kick.” Maybe the demos were better.

girlfriday: They were just stuck in the prehistoric sitcom format. But it’d be interesting to see a rebirth of that genre, like single-camera, HD, no laugh track, fresh music, and fresh faces. Particularly funny ones.