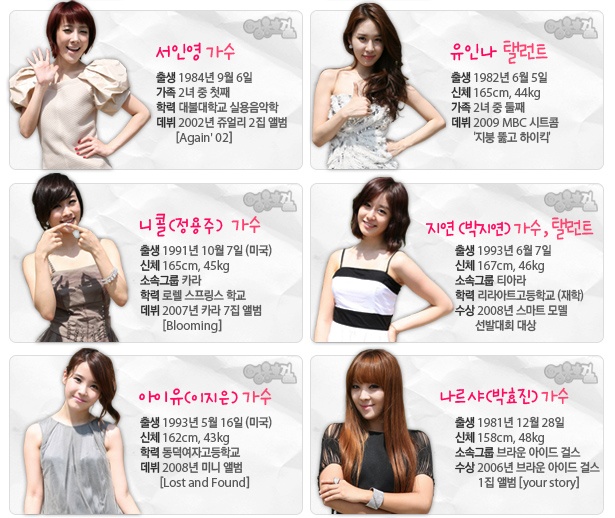 On the 1st, a photo had been revealed showing the true heights of Korean celebrities through a TV show. The photo uploaded through an online community board came with a status: ‘Are IU and Seo In Young really 162cm? They are shorter than BEG‘s Narsha who is 158cm!‘ The heights are mentioned in online profiles.

The screen cap was taken through ongoing reality show ‘Good Sunday – Heroes.’ The reason why people could accurately measure heights was because everyone on screen had no high-heels or lifts on to give them any advantage. Everyone was shoeless.

The photo uploader stated: ‘We can roughly predict the real heights of celebrities through this photo.’

Netizens who viewed this cap commented with: ‘Does everyone have to assume that they have to take 4cm off a celebrity’s profile height?’ ‘Really, everyone heights look very similar.’ ‘Everyone’s heights seem to be a lie,’ and ‘The ones with the similar height all look so cute!’

What do you think of this ‘issue’? Are heights a thing of the past, as long as one is talented, or do you think they are important to one’s image?