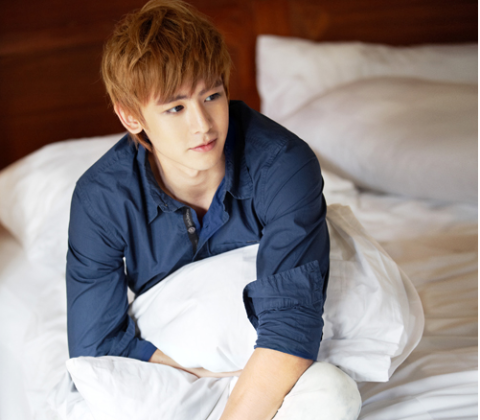 Why is 2PM’s Nichkhun So Successful?

2PM’s Nichkhun is one of the most successful foreign celebrities in Korea. JYP Entertainment’s (JYPE) founder, Park Jin Young, described Nichkhun as “a natural born celebrity.” Discovered in Los Angeles, he crossed over to Korea to begin his training in 2006. After years of intense training, Nichkhun debuted as 2PM in 2008. The DongA Ilbo wrote an interesting article “analyzing” the reasons behind Nichkhun’s success through his various physical appearances.

Nichkhun stands tall at 180cm, the ideal height for male entertainers. His tall height and long legs (his leg measures 110cm!) are highly marketable traits in various acting and modeling fields. Additionally, his “beastly,” aka manly, image is delicately balanced with his pretty boy face. His killer smile, perfect complexion, and to-die for hair drive his fangirls absolutely wild!

Out of his physical traits, his big, round, hazelnut eyes received the most points for the reason behind Nichkhun’s success. Not only is the shape of his eyes prettsy, but they also have that gentle twinkle that melt millions of fangirls’ hearts. Nichkhun exposed his well-toned body through various CFs this summer, and his fit body is also garnering a lot of attention. While he’s busy promoting “Hands Up” with his 2PM members and shooting reality programs like “We Got Married,” he manages to allocate two hours a day to work out consistently.

His “international” upbringing is also a plus. Born in Rancho Cucamonga, California, USA, to Thai Chinese parents, Nichkhun is fluent in English, Thai, Chinese, and Korean. His quad-lingual ability is a special attribute that allows his to grow beyond Korea and be at the forefront of the Hallyu Wave.

A representative of JYPE expressed, “Despite his cute face, Nichkhun has a hot, passionate heart.” He’s highly competitive and hates half-hearted attitude. Nickhun enjoys being active and hanging out with friends. He’s enthusiastic and optimistic attitude allowed him to adapt to life in Korean relatively faster than other foreign trainees. While he looks like a kid with his adorably cute baby face, he’s in fact very mature for his age. In fact, his fellow 2PM members nicknamed him grandfather.

2PM
We Got Married
How does this article make you feel?