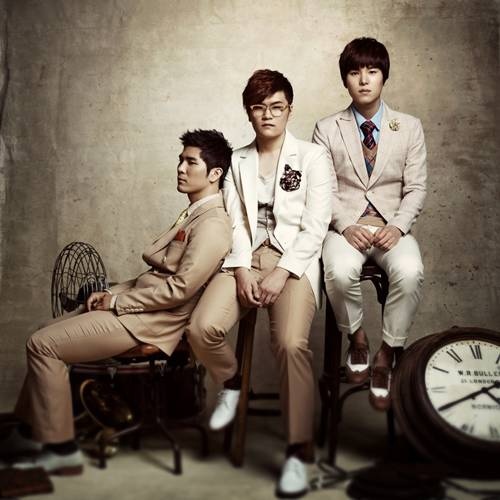 Artist Of The Month – 4Men

They first debuted in 1998 with 4 members, hence the group name 4Men. The first generation, or original members, of 4Men was the pioneer for R&B music in Korea. During the past years, the group has changed members and also released few albums.

They released a special album called “The 3rd Generation” as the re-introduction back to the industry. With a new line-up, the song “Can’t Do” become very popular in the online charts and was their first ever top 10 hit. The song was a pure R&B ballad that we haven’t seen for a while. It was written by Vibe’s Yoon Min Soo.

The secret to the trio’s appeal is the intricate balance of Yong-jae’s high, soft voice and Young-jae’s masculine voice. Won-joo is the one in the middle, keeping the balance between these two extremes. They have gone through many difficulties together to come out closer than ever, and their music shows their strong bond.

They released the highly anticipated fourth full-length album, “The Artist”. Despite having to going up against many young idol artists, it swept the music charts upon being released. Producer Yoon Min Soo again led the production of the album alongside members Young Jae, Kim Won Joo, and Shin Yong Jae. Since the three personally took part in the composing and creation of lyrics, “The Artist” truly marks their transformation from mere vocalists to artists.

4Men
Artist Of The Month
How does this article make you feel?