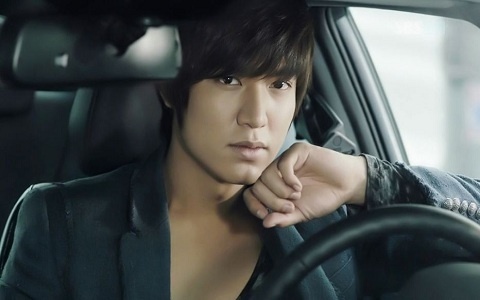 Earlier this morning, SBS’s “Good Morning” visited the set of “City Hunter” to interview its stars and give fans more behind-the-scenes stories of the drama of the season. During the segment, actors Kim Sang Ho and Kim Mi Sook could not stop praising Lee Min Ho for his passion and dedication to “City Hunter.”

Kim Sang Ho, who plays Lee Yoon Sung’s (Lee Min Ho) confidant/fatherly figure Shik Joong, explained, “Min Ho sleeps about two hours a day, and that’s during car rides when he moves from one location to another. He’s under a tight schedule, and he’s constantly studying his acting and the scene he’s about to shoot.” He continued to praise, “He’s humble and approaches veteran actors to chat.” Kim Mi Sook, who plays Yoon Sung’s mother, added, “He’s a hard worker. He always calls me mom or mother, and we’ve gotten closer.”

Since the drama premiered, Lee Min Ho’s displayed various stunts like the “mud 12 vs. 1 action,” “spoon action,” “wire action,” “hat action,” “necktie action,” etc. “Good Morning” aired clips of the actor practicing the stunts nonstop until he was able to pull them off perfectly. There’s no denying that Lee Min Ho’s put in all he could into the drama. It’s been reported several times before that Lee Min Ho started martial arts and gunnery training several months before the production even began.

Lee Min Ho explained, “It’s my first time trying action stunts, so I was worried how it would be portrayed onscreen. But so many people helped me that I didn’t realize it was too difficult as I was shooting. When I throw a punch, there’s someone receiving it, and the camera’s moving with us to capture it. The entire process requires a lot of practice and chemistry between the actors and the crew. Please look forward as more hidden stories unfold in ‘City Hunter.’”