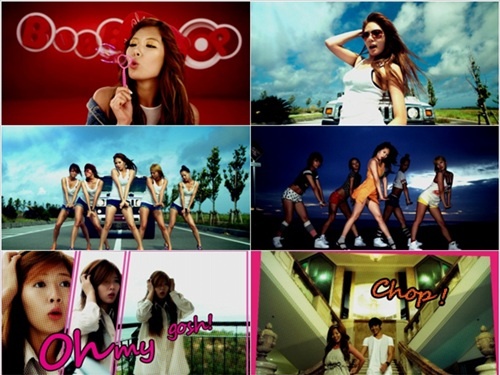 Girl group 4minute‘s Hyuna recently revealed her Bubble Pop MV and it sure is becoming one big hit on YouTube! The video has reached No.1 place in the YouTube music charts.

Hyuna revealed her first mini-album titled Bubble Pop and was uploaded onto YouTube on the 4th. During the 4 days it has been up, there have been almost 4 million views. To be precise, the video has achieved almost 3.9 million views. The view count has placed her MV as #1 onYouTube’s weekly music section.

The video has also achieved the most amounts of comments for the video, giving extra evidence to it’s massive popularity.

The views have also been tracked down to where in the world they were from and the results were impressive. Places included: Asia, North America, South America, Europe, Oceania, Middle East and Africa.

The song ‘Bubble Pop’ is a very upbeat one with a catchy and youthful melody. The MV is also choereographed in a sexy manner, making sure to catch male fans.

A Cube Entertainment official said: ‘Hyuna introduced her title song live on the 7th, and many netizens are still on their way as to discovering the song. We are expecting to hit and pass the 4 million views mark by tonight.’

4Minute
HyunA
YouTube
How does this article make you feel?