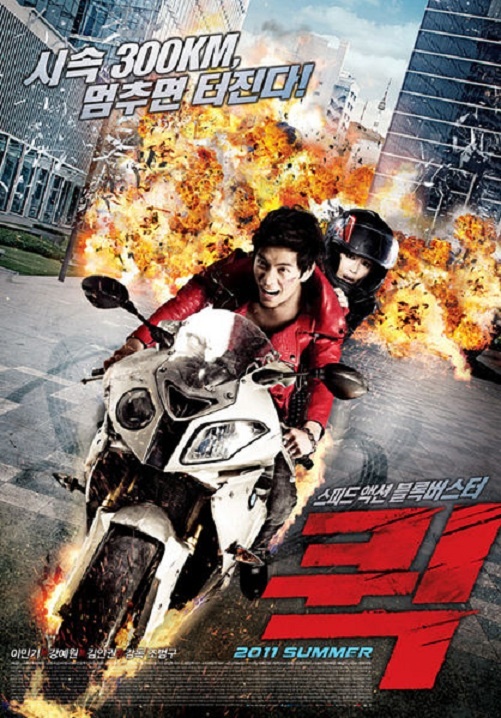 Featured Film of the Week: Quick

This film is an action/thriller about a quick service motorcycle driver that delivers bombs! A former motorcycle gang member, Gi-Soo, makes a living as a bike messenger. One day he witnesses the building blow up. Never suspecting he could have anything to do with the bomb, he moves onto his next job―which is escorting a girl group singer, Ah-rom, an ex-girlfriend from his biker days. As she puts a proffered helmet on her head, a timer mechanism is triggered and a countdown clock appears. Gi-Soo gets a call from a stranger telling him to make a series of deliveries within a fixed time limit. When Gi-Soo completes deliveries, each turns out to be a bomb.

Quick
Soompi Weekly Box Office Report
How does this article make you feel?