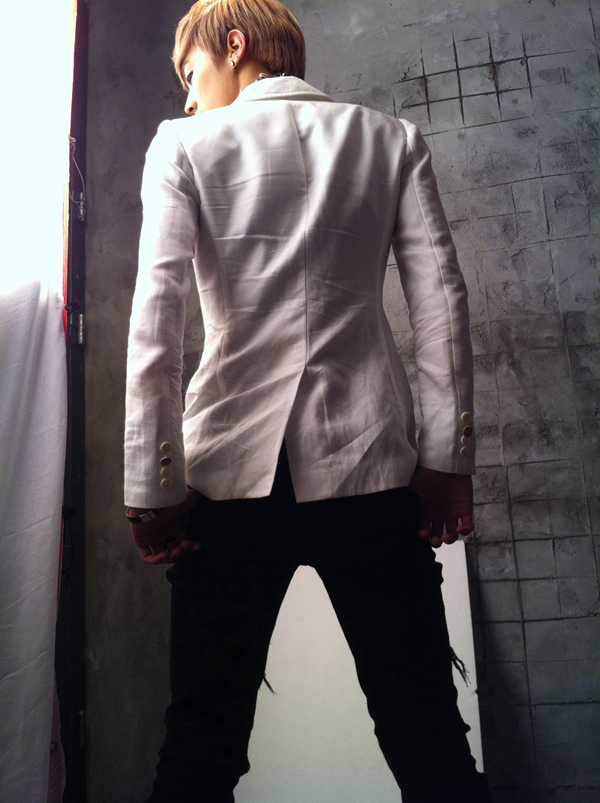 Teen Top’s management, TOP Media, through the Twitter account of its producer and CEO Lee Jae Hong, revealed a photo of member Chunji in a light suit, with his back towards the camera.

“Chunji will play the lead in the MV,” said Lee Jae Hong in the tweet.

The title of Teen Top’s first mini-album is yet to be announced, as is its track list. The first photo has raised Andromedas’ anticipation for more of Chunji, C.A.P, L.Joe, Niel, Ricky and Changjo.

The first mini-album goes to market on July 26th.