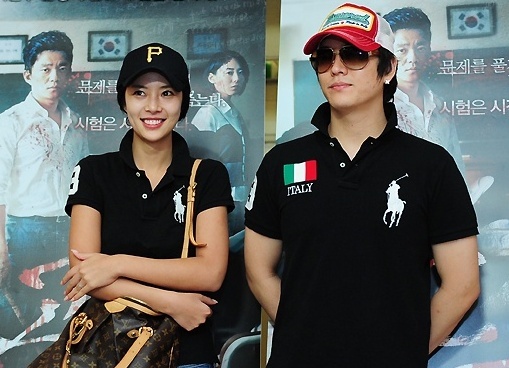 Actress Hwang Jung Eum is going on a family trip to Europe with her longtime boyfriend Kim Yong Joon of the group SG Wannabe. The star actress said, “Following the end of the drama ‘Can You Hear My Heart?’ I decided to go on a trip with my family to Europe. My family and close friends are going together, including my boyfriend Kim Yong Joon.” They will leave on July 15th and stay there for 15 days.

“When the drama first started, I really wanted to go on a trip, but after it ended, I kind of wanted to keep looking for my next show to keep my acting flow. But people around me told me I needed some rest so we’re going on a trip as originally planned. It’s my first time in Europe so I’m really looking forward to it,” Hwang Jung Eum said.

Hwang Jung Eum and Kim Yong Joon have been dating for nearly five years now. Since they first came out public with their relationship in 2008, the star couple also appeared on MBC “We Got Married” as a newlywed couple.

“The fact that the public knows about our relationship doesn’t concern me at all,” Hwang Jung Eum added. “But I’m just concerned that my partner actor might not be able to fully get into his role emotionally because of my relationship with Yong Joon. Also, I’m afraid the viewers might think it’s kind of strange too.”

She continued, “But I’m not regretting the fact that we went public with our relationship. We’re maintaining a very good relationship.”

Kim Yong Joon, meanwhile, was sentenced to eight months in jail with a stay of execution for two years, and 80 hours of community service for his hit-and-run accident from last January. As a result, MBC and KBS have banned him from all TV appearances.

Hwang Jung Eum
Kim Yong Joon
How does this article make you feel?