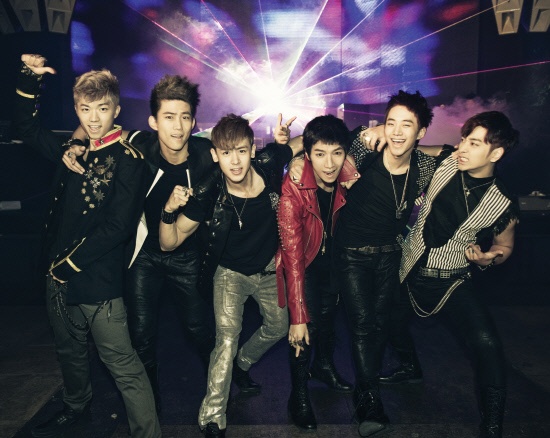 2PM will go on an Asian tour this September starting with two concerts in Seoul. It was announced today that the group’s second solo concert, “2PM HANDS UP ASIA TOUR,” will begin on September 2nd and 3rd in Seoul, with plans of visiting other Asian countries until November. They havene’t revealed the exact locations or number of cities they will tour.

JYP Entertainment said this concert tour will consist of 2PM’s original “animal idol” concept as well as their softer, party-life style seen during the “Hands Up” promotions. In particular, while the actual concert takes place on the main stage on the ground floor, the audience will get a special area on the 2nd and 3rd floor to double the excitement during the whole performance.

“2PM’s second solo concert ‘2PM HANDS UP ASIA TOUR’ will be a concert full of the varying charms and excitement only 2PM is capable of offering. We hope fans will show a lot of love and support for this concert tour,” JYPE said in a statement.

2PM held their first-ever solo concert “Don’t Stop Can’t Stop” in 2010. Since their debut in 2008, 2PM has released consecutive hit singles with powerful beats and choreography, which earned them the nickname, “animal idols.” Their latest single, “Hands Up,” has also swept various Korean music charts, and last week they achieved a triple crown on KBS “Music Bank.”

2PM
miscellaneous
How does this article make you feel?