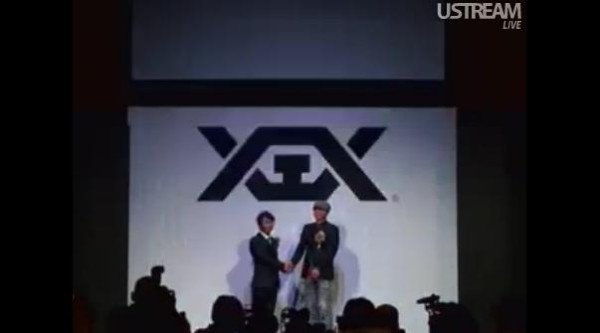 YG Entertainment have just announced in a press conference with Avex that they will be joining forces to create what seems to be a new label, YGEX! It seems the focus will be on bringing Japanese and Korean music together, and this will also be a big stepping stone for YG artists in Japan.

The two CEO’s did their speeches announcing the project and then YG artists, 2NE1, Big Bang, Se7en, and Gummy took the stage to answer questions. Their Japanese was impressive and yes, Park Bom did walk the wrong way when walking on stage, which prompted lots of “KYAA” from fans. I admit I found it adorable too! Another special moment is how Big Bang was referred to as 5, which made Big Bang smile. Daesung was not in attendance.

There was talk of music, with Se7en and Gummy announcing new music to come this year and then a very mysterious remark to what seemed like a “debut” to happen under YGEX!

Dara also mentioned YG Family’s concert will take place in both Korea and Japan this year. She didn’t reveal much more information on this, but we’ll keep you posted as soon as we get more details. All YG artists in attendance expressed their excitement and confidence in this joint partnership.

We will keep you informed with more news as it appears but for now, are you excited about YGEX!?

http://www.allkpop.com/2011/07/yg-entertainment-and-avex-announce-the-creation-of-ygx
Avex
YGEX
How does this article make you feel?