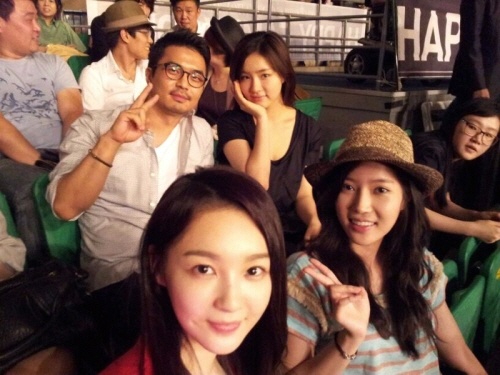 Lim Soo Hyang made a post on her me2day with the accompanied picture that read, “I came back from the SNSD concert. They kept telling me to make a wish so I said it keke, Jung Jun number 5, Min Kyung number one, Soo Hyang number 6.”

Lim Soo Hyang in the picture is wearing a hat and making a V sign.

On July 24th Lim Soo Hyang stated, “I went to the SNSD concert on July 23rd and it was an awesome concert. I was always a fan and after seeing them live I fell for them once more. “Lim Soo Hyang when talking about numbers was referring to who looks the best.

Lim Soo Hyang has appeared on “Paradise Ranch” and currently in “New Tales of Gisaeng.” For City Hunter fans, actor Jung Jun is currently portraying an ex-officer on City Hunter!