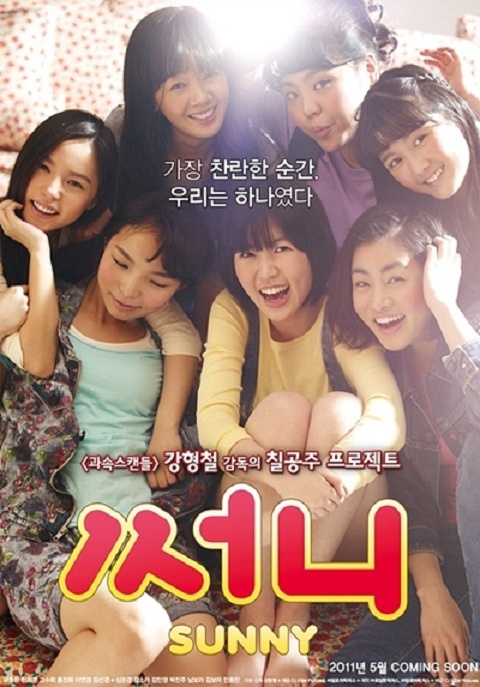 “Sunny” Released In the U.S.

According to the production company on the 25th, “Sunny” has been released in Toronto and Los Angeles on July 22nd. This coming July 29th, “Sunny” will be opening in New York, New Jersey, Chicago, Virginia, Washington D.C, San Francisco, Seattle, Texas, and Hawaii.

In Korea alone, Sunny had over 70 million viewers. Thus, many news sources in the U.S. were very curious about the film.

“Sunny” is a group made up of high school friends. In South Korea, these groups are made up by guys and/or girls and they represent their respective high schools. But also of course, these groups do “bad things” getting into fights with other groups, drinking and what have you. The film portrays and pokes fun at the girl groups which usually call themselves “7 Princesses.”

The film follows Nami (Played by Yoo Ho Jung) when she is older and she runs into Chun Hwa (Played by Jin Hee Kyung) at the hospital. Chun Hwa does not have much time to live and she wants to meet the “Sunny” group members before she dies.

Then the story begins to follow a younger Nami and her adventures with the group in the 1980s. The film is often considered the female version of the Korean film “Friend.” “Sunny” is a mixture of nostalgia and beautiful friendship. The film also stars the beautiful Min Hyo Rin.