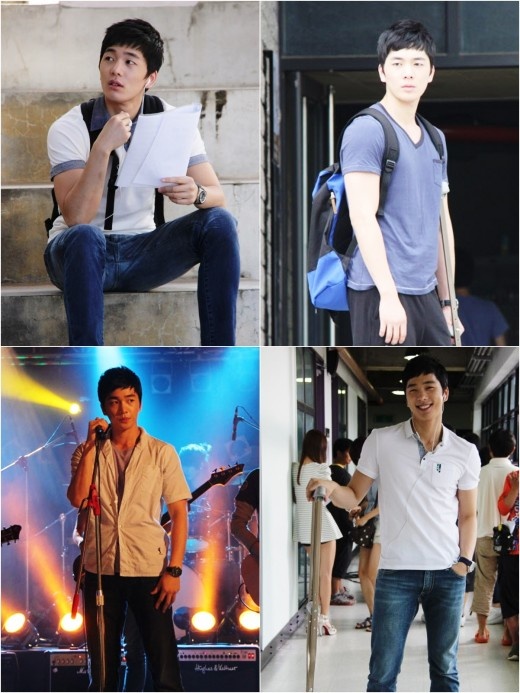 The photos show Lee both in character and between scenes on the set, wearing simple shirts and jeans typical of college students. The no-frills styling calls attention to his portrayal of an ordinary young person attending an arts and music university and reaching for his dreams.

Thus far in “Heartstrings,” Ki Hyung has taken the first steps towards overcoming his stage fright by going back to school and possibly joining the centennial festival performance. He was revealed in previous episodes to possess great promise in both acting and singing but clams up in the face of an audience.

Heartstrings
Lee Hyun Jin
How does this article make you feel?