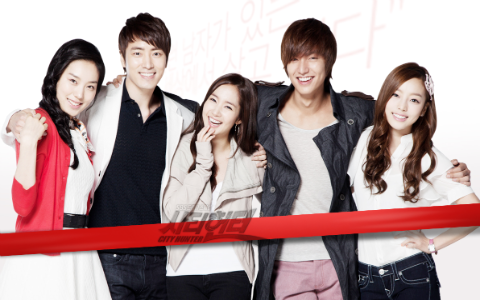 After two months of pure excitement, “City Hunter” made its grand exit this week with two tension-filled episodes. Producers made it nearly impossible for fans to guess how the drama will come to a close with various twists and turns until the very end.

In the end, justice was served to all the members of the group of five behind the Wipeout Plan of 1983. They paid the price by losing what they cherished most. Lee Kyung Wan (Lee Hyo Jung) paid for his doings with his life, while Seo Young Hwak (Choi Sang Hoon) rotted in prison. Chun Jae Man (Choi Jung Woo) lost everything he owned – his company and his life. Apparently, nothing else was as important to him, not family nor loyalty, as shown in episode 18 when he tells the City Hunter to kill his right-hand man Suk Do Shik (Sung Chang Hoon) as it would keep his mouth shut forever. Kim Jong Shik (Choi Il Hwa) lost his beloved, upright son Kim Young Joo (Lee Joon Hyuk). Lastly, President Choi Eung Chan (Chun Ho Jin) was impeached and had to face up the truth to his son Lee Yoon Sung (Lee Min Ho), aka City Hunter. Blood-thirsty Lee Jin Pyo (Kim Sang Joong), who many at this point believed had no paternal affection love for his son, sacrificed himself to prove that he truly did care for Yoon Sung and wanted him to live the normal life he so wanted.

However, “City Hunter” was so much more than a simple vengeance drama. It had a complex web of stories – that were dark, thrilling, heart-wrenching, and romantic – that built Lee Yoon Sung into the City Hunter he is today. It also alluded to some of the society’s current issues like half tuition for college students and industrial accidents. “City Hunter” also emphasized the significance of our basic principles – faith and justice – and the importance of upholding them .

While “City Hunter” was a drama adaptation of the popular Japanese manga by Hojo Tsukasa, it was more of a prequel to the hit series. The drama gave us the necessary closure to this plot, and it was left open-ended enough for the viewers to connect the dots and imagine how City Hunter became to be in the original manga.

For those of you who have been following the drama, what are your thoughts? Consider this your “open thread” to rant and rave about the drama of the week!