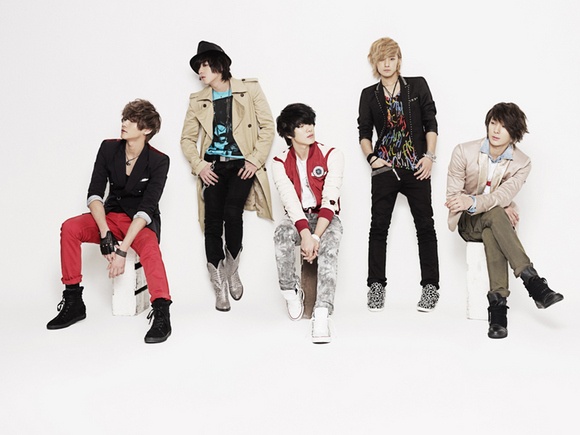 “Let It Go!,” FT Island’s title track from their latest Japanese release has been chosen to be the theme song of a music program on TV Asahi. The band’s Japanese web site announced that “Let It Go!” will open “Street Fighter,” a show featuring amateur artists.

“Let It Go!” is FT Island’s fifth mini-album in Japan. It follows “FIVE TREASURE ISLAND,” their first full album in the country which was released on May 2011.

The band kicked off a tour of the country, beginning with Nagoya on June 29th. Shows in Osaka, Tokyo and Fukuoka followed in early July. The tour culminates with a concert in Budokan on July 29th. They will return to Korea with a two-night concert in August, marking the beginning of their Asian tour.