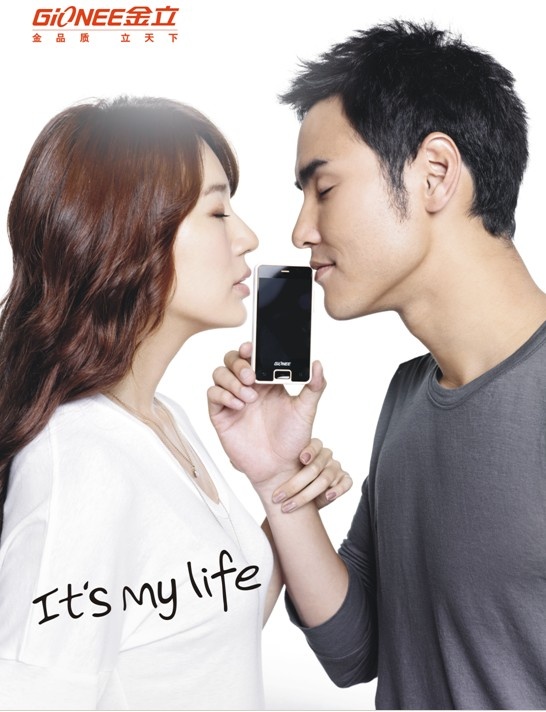 Yoon Eun Hye’s popularity in China is evidenced by her back-to-back endorsement activities there. After a visit in Shanghai to promote a skin care line, the actress is gracing her Chinese fans again with her presence through a mobile phone advertisement co-starring Taiwanese actor Ethan Ruan.

Yoon and Ruan have filmed a CF both in China and Korea in early July for the advertising campaign of smartphones by China manufacturer Gionee.

The two actors appeared to have had built a good rapport during the shoots. Behind the scenes photographs of them posing and smiling have circulated in the Internet, coming from Yoon herself via her Twitter account.

“Mr. Ruan, I enjoyed shooting with you. You have good manners. I became a little shy,” she said.

Yoon is a much sought after brand ambassador, endorsing a variety of products. She will be featured in the August issue of “Harper’s Bazaar,” on spread shot in Hawaii for Cartier jewelry. As an actress, she was most recently seen on TV opposite Kang Ji Hwan in “Lie To Me.”

Yoon Eun Hye
Ethan Ruan
How does this article make you feel?