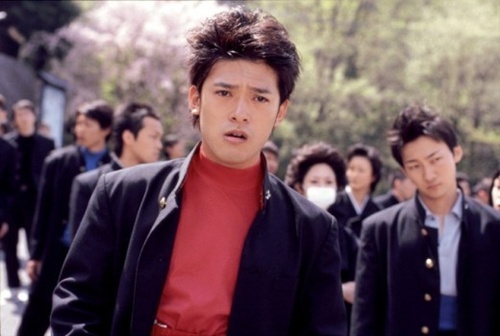 Talk of the Town: Anti-Korean Wave?

On July 23rd, Takaoka wrote on his Twitter account that, “I don’t really watch channel 8 (Fuji TV) anymore. It sometimes makes me wonder if it’s a Korean channel. Japanese people want traditional Japanese programs.” Later he added, “It feels like Korean programs brainwash you, and it really makes me feel bad. Broadcasters need to realize its negative effect,” which resulted in him losing his contract with his management agency on July 28th.

This prompted the largely underground anti-Hallyu netizens in Japan to voice their support for Takaoka, and organize a group boycott on Fuji TV. They are organizing an event on August 8th to suggest tuning out of Fuji TV during the whole day to bring massive drops to their TV ratings. Fuji TV, the leading Japanese channel with the most Korean TV shows on, is shown on channel eight, which is why they picked August 8th.

Netziens are screaming, “No more Hallyu!” “Let’s show the power of Twitterians,” “Our goal is to make 0% TV ratings,” and “Japan is going through a tough period, and there’s no need to watch a broadcaster that supports other countries.”

On the other hand, however, there are people who strongly oppose this anti-Hallyu sentiment too. Mogi Genichiro, a prominent Japanese scientist who’s also well-known for his influence in Japan’s pop culture, wrote on his Twitter on July 30th in response to the Fuji TV-boycott organizers, “This is all too stupid. What is so wrong with Hallyu? We live in an era of globalism. Stupid nationalism is not just silly, but will worsen Japan’s overall situation.”

He added, “You guys should all stop making dumb statements, and let’s all study more. If we remain this way, Japan will become a third-world country. Fake nationalism, weak self-assertions, and no respect for other cultures, if we don’t get rid of this mindset, Japan has no hope. Everyone just watch Fuji TV!” He later added that he doesn’t understand why people are upset about Fuji TV showing lots of Korean TV programs, because for any broadcaster the goal is to record high TV ratings and make more profits, which means Korean TV shows are the most in demand and profitable.

Even with a long-week full of going back and forth between conservative Japanese netizens against the spread of Hallyu and more progressive fans that support the influx of Korean TV shows, the Japanese press and public still remain largely divided on this issue. What is your take on this? Could the spread of Korean pop culture possibly be a bad thing? How does Hallyu influence your country?

anti-Hallyu
How does this article make you feel?