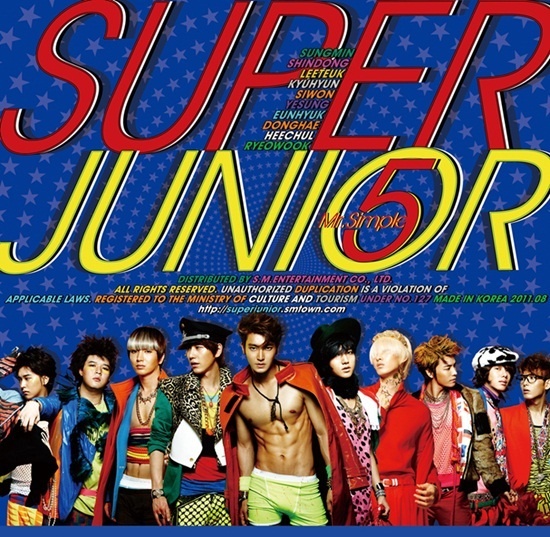 Finally the day has come. The day that all Super Junior’s fans have been waiting for.

Within 1 hour, the album placed the first 10 spots and became an all-kill in Dosirak music chart and is already available on Itunes store. By this time, “Mr. Simple” placed No. 1 on Melon at Top 100 chart as a new release. It might not take too much time to see the whole album become an all-kill on the various charts.

While the album was being released, Super Junior’s Leeteuk and Donghae were encouraging their fans through their official twitter accounts, to give a lot of love and support to their new song and album. On the other hand Heechul seemed to be a little bit surprised and tweeted about the release of their Mr. Simple title track.

He wrote: “Mr. Simple is already out!?”, his tweet made laugh the netizens and they were writing him comments such as: “You didn’t know?”, “Heenim is so funny!”, “Mr. Simple is great Heenim! Awesome job!”, proving that his fans always get amused by his personality.

Stay tunned to Soompi for more updates on Super Junior’s album and its results in all charts!