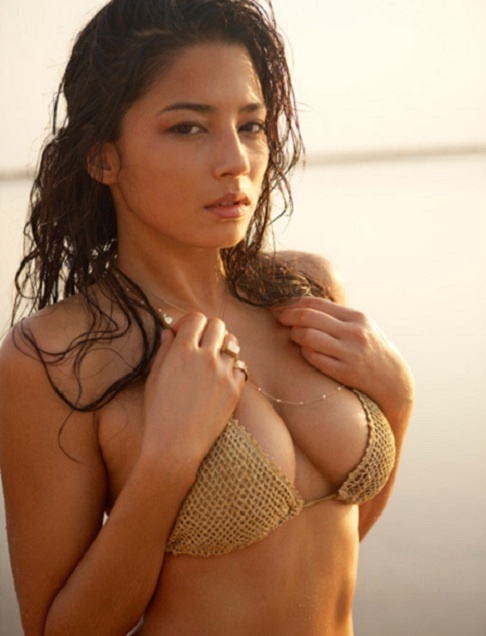 This episode of “Come to Play” featured “Choco-Ball” which is just a casual “hanging out” group made up of different celebrities mostly singers, (The group includes Jang Geun Suk).

Jessica Gomes made a surprise appearance on MBC’s “Come to Play.” (Jessica Gomes is very popular in South Korea, she now appears on MBC’s “Dancing With the Stars.” At the end of the show one of the lucky guests would be able to go on a date with Jessica Gomes.

On Come to Play the guests were going through different traits of Jessica Gomes (As a semi-game). As the body part she is most confident about, she picked her legs. For the body part that she had the least confident she chose her breasts. Her answer shocked everyone.

Jessica Gomes, “My breasts. ‘cause they’re too big. I think they are too big.

Heechul was sitting right next to Jessica Gomes and he bashfully turned his face away.

Jessica Gomes, “I just have that, I think they are too big sometimes.”

Heechul stated, “Now I’m too conscious about it.” Yoo Jae-Seok, “I can’t look right.” (Yoo Jae-Seok was sitting to the left of Jessica Gomes.

Come To Play
Jessica Gomes
How does this article make you feel?