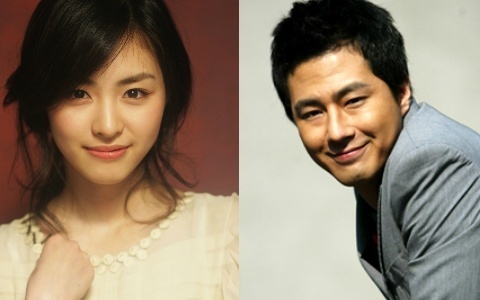 Lee Yeon Hee joins the cast of Jo In Sung’s first post-military service project, a sci-fi movie set in the future. The actress will play Jo’s love interest, whose village he works to save. Jo will play a righteous high school student who cannot stand injustice.

The movie is titled “Kwon Bup,” and will be under the direction of Park Kwang Hyun. With the cast in place, the movie is expected to begin shooting in September.

Lee was most recently seen in endorsements with Big Bang’s TOP and on TV in “Paradise Ranch” with DBSK’s Changmin. Famous for his roles in TV’s “What Happened in Bali” and films “A Dirty Carnival” and “A Frozen Flower,” Jo was discharged from military duty in early May 2011.

Previously, the two have starred together in an endorsement campaign for Fuji Film.