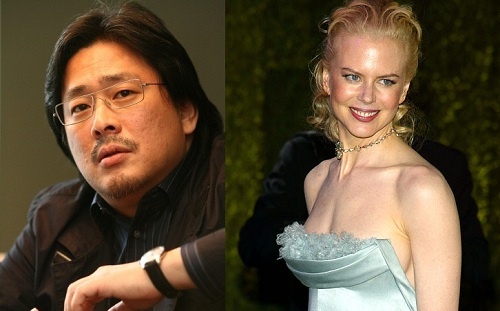 Nicole Kidman has been cast in a lead role for upcoming movie, “Stoker,” which will be produced by “Oldboy’s” star director, Park Chan Wook. According to the U.S.-based movie site Indiewire, Park Chan Wook’s new movie has confirmed the casting of prominent Hollywood stars, Nicole Kidman, Mia Wasikowska, Matthew Goode, and Jacki Weaver.

In addition, the script of “Stoker” is written by Wentworth Miller, the star actor from “Prison Break,” where he played the role of Michael Scofield. He’s penned the script under the pseudonym Ted Foulke. At a film event held in Tokyo last year, Wentworth Miller expressed his admiration for Park Chan Wook, so their collaboration is something to look forward to.

Park Chan Wook’s U.S. debut film, “Stoker,” is a thriller based on a little girl that visits her mother and uncle after the death of her father. Nicole Kidman is slated to play the mother while Mia Wasikowska’s role is the little daughter.

Park Chan Wook is currently in the U.S. preparing for the movie. He’s scheduled to start filming later this year with plans of releasing it in 2012.