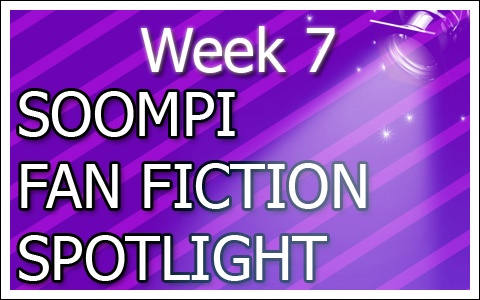 We’re currently midway through Round 5 of the marathon and we’ve already surpassed 100 stories, good job everyone! Round 5 will be ending on Saturday August 13, 2011 so if there are any highlighted activities that you’re interested in feel free to post!

This week, a part of the Reader’s Prompt was to write a letter (500 words max) or postcard (150 words max) addressed to a fictional character either professing their love or addressing a certain dispute within the story. The letter can be written from the soompier themselves or written as another fictional character.

Check out the creative submissions by your fellow soompiers!

To Kwon Tae Hyun (Welcome to the Underworld) Username: Ghilaire
Team #: Two
Letter/ Postcard: Letter to Merci from Haruko (A Year and a Day)

In the Writer’s Tag Game thread, writers are responding to oxymorons with their interpretation of the prompt.

oxymoron: figure of speech that seems self contradicatory

I always thought that love was something so magical and extraordinary. And so I always imagined myself with the most handsome guy in school, with his strong arms around me, and whispering sweet words in my ear. Just the thought of that one special person makes my heart skip a beat. But it was just a dream that I have kept inside my heart and in my mind ever since I stepped into that school.

He was the most popular guy in school, while I was an ordinary foreign student with no special skill nor extraordinary beauty to catch his attention. No one really cared whether I was around or not. I am no one… just a nerd and an outcast.

And because I was afraid of being hurt and being laughed at, I just I told myself to turn away and forget about the special feelings that I had for that boy. It was just an illusion and a dream that can never be. I closed my heart and tried to pretend that I didn’t really care about the things and the people around me.

First year, came and went by so fast that I didn’t even notice it slipping away. Not until that special day…

“Hey, watch out,” a voice suddenly shouted as a ball unexpectedly hit my head.

The impact was strong that I got knocked out really fast. The next thing I knew I was in the clinic.

Still dizzy, I tried to focus my eyes on the man standing in front of me. It was him…

“Are you all right? Does your head hurt?” he again asked.

‘Is this a dream?’ I asked myself.

“Sorry,” the man suddenly uttered. “It’s my fault that you got hit. I wasn’t really aiming at you. It was a friend of mine… that I was aiming at. But then you suddenly appeared and rushed in between. So you were the one who got hit. I was trying to warn you but I guess you didn’t hear me the first time I shouted,” he continued.

“Its… okay,” I tried to utter. Somehow my voice was quivering.

The man smiled. “By the way, I am Michael,” he then said.

Fate was already stepping in and giving me a hand.

“Mira… what a beautiful name,” he then said with a bright, beautiful smile that sent my heart floating in total bliss.

I guess… this is it… I am almost ready…. **** now I just need a little more nudge in the right direction….

Remember, it’s not too late to join in!

Soompi authors
How does this article make you feel?