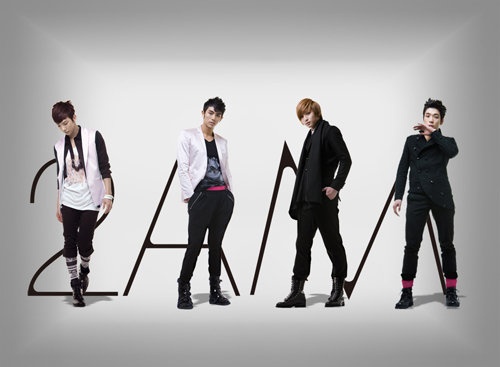 2AM to Make Official Debut in Japan Early Next Year

It was revealed that 2AM would finally be making their move to Japan at the beginning of next year.

According to Sankei Sports on August 9th, 2PM’s label mate under JYP Entertainment, 2AM, will be making theirofficial debut in Japan in the first half of 2012. The group will be the first Korean vocal boy band entering the Japanese market. It appears that other K-Pop groups are dominating Japan with their strong performance and charismatic dance, thus 2AM would certainly be bringing something fresh and different to Japanese fans. Besides their vocal talents, the members are known for their bright personalities as well, they have already garnered much interests among fans in Japan through their appearances on Korean variety shows.

The boys will be releasing their Japanese debut single and their first album “Saint O’clock” in Japan this year. Also, they will be performing with other artists under JYP at “JYP Nation in Japan 2011” concert at Saitama Super Arena on August 17th and 18th.

2AM
2PM
How does this article make you feel?