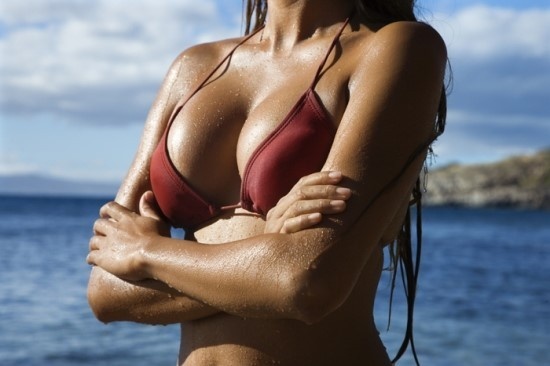 Jessica Gomes’ recently stated on “Come To Play” that her breasts were too large. This gained a lot of interest and created controversy.

Recently on the internet, Netizens found pictures of her younger self, accusing her breasts of being implants. Jessica Gomes had a chance to explain the pictures.

For the Rising Star Section of MBC’s “Section TV” Jessica Gomez was featured.

She talked about the recent buzz about her “boobs.” (Her own words) “There was a time when I was like 20 and I first moved to New York, I lost a lot of weight for fashion and my boobs just went away. I didn’t feel sexy being that thin. My natural body is this shape. People recently think that my boobs are fake, so I have a complex cuz I don’t want people to think they are fake, they are big I can’t help it.”

So, what did they do? They went off to a swimming pool to prove that her body was natural.

**Jessica Gomes even spoke about stars and photoshop, saying that she does not care. She stated, “Everybody is photoshopped, you know people in Hollywood Jennifer Lopez or Beyonce.”

Jessica Gomes
Section TV
How does this article make you feel?