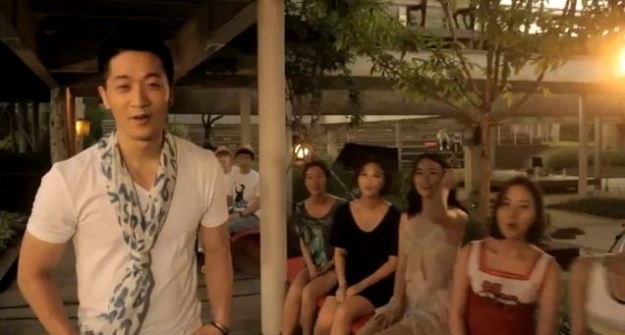 The full music video for Alex‘s “Saying Goodbye With a Smile” has been released.

On August 10th, Fluxus Music uploaded the music video for “Saying Goodbye While Smiling.” This digital single follows Alex’s second album “Just Like Me” which was released last June, and was also used as an OST track for the KBS drama “Romance Town“.

The music video shows Alex walking in an abandoned garden but it’s buzzing with people and activity. It also features Alex’s label mates Bye Bye Sea and Urban Zakapa who are seen playing instruments and as the backup vocal in the video.

This song is the follow-up track to Alex’s “Can’t Be Crazy“, which was also released as digital single. The song was re-arranged by Kim Sang Hoon from W & Whale to give it richer sound, and Alex’s smooth voice blends well with the new arrangement.

Alex
Bye Bye Sea
Urban Zakapa
How does this article make you feel?