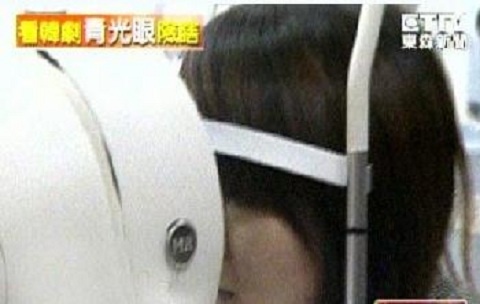 A 40-year old Taiwanese woman almost lost her eyesight after watching too much Korean TV dramas, it was reported today by Taiwanese local media. According to the report, this woman had recently watched Korean TV dramas for three straight days with only two hours of sleep in between. After realizing her eyesight had turned blurry, the woman rushed to the hospital only to find out she was diagnosed with malignant glaucoma that could possibly make her go blind.

The doctor who diagnosed the woman said, “If you watch TV or stare at the monitor for long hours, your eyes could feel excessive pressure that could at the worst case result in loss of sight.” He added, “I’ve been a doctor for over 20 years, but I’ve never seen a patient develop malignant glaucoma after watching TV dramas for over 70 hours straight. I’m sure this is the first time in the world as well.”

Hey, we all know K-Dramas are fun and addicting, but at least try to take a break in between! Now I wonder what drama she was watching made her go crazy!