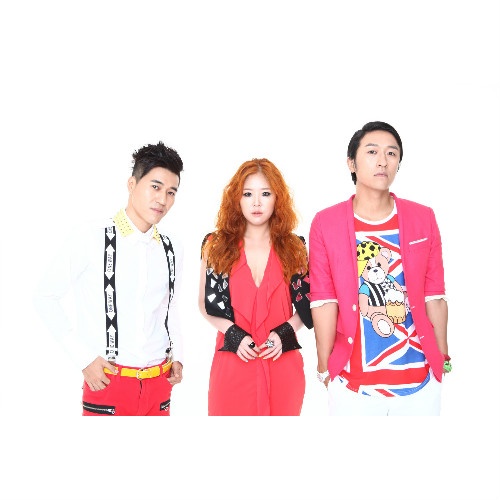 Koyote makes a comeback with all of its members this month with a mini-album, “Good Good Han Koyote”. There are a total of four new songs with the title track being “Good Good Time”. It is a an exciting number with house rhythm and electronic sounds. “Good Good Time” was composed, penned, and arranged by rookie composing team, “Our Hyung and Little Sibling”.

Jaurim makes a comeback after three years since their last full-length album with their eighth album, “Conspiracy”. The album consists of eleven songs that hold lyrics about controversial events. Two songs, “EV1” and “Peep Show” have already been pre-released as a digital single last week. Japanese engineer, Yoshimura Kenichi took part in the recording and mixing of this album. Fans of Jaurim will be able to hear different styles in this album as shown through hints of classic and electronic in a couple of these songs.

Girl’s Day takes part in the soundtrack for the daily drama series, “The Women of Our Home” with the song, “Honey Honey”. The song was composed by top composer, Gaemi and will be used as the main theme song for the show. The song depicts the growth and development of love among adolescent girls.

Seo In Gook (single) – Shake It Up (released)

Seo In Gook makes a 360 degree transformation with his latest digital single, “Shake It Up”, a dance number reminiscent of the music style popular in the 90’s and 2000. The song was composed by American composer Drew Ryan Scott and produced by Hwang Se Jun, who is known for arranging many of veteran singer, Jang Hye Jin’s gem-like songs.

Hip-hop duo, Mighty Mouth releases a new single, “Racing Queen” which will be used as the theme song for season two of “Extreme Survival: Racing Queen” on the Korean channel, XTM. The song was composed by Sinsadong Tiger and has powerful beats and electronic sounds. The witty lyrics and the members’ rap skills are expected to blow away listeners.

R&B, ballad vocal duo, December and ballad diva J-Cera join hands for duet single, “Cry With the Heart”. The song is about love, breakup, and the feelings felt through these events. The singers’ powerful vocals help bring out such emotions. Rookie artists Eileen and Yunmi also take part in the song along with a fifteen-member string orchestra.