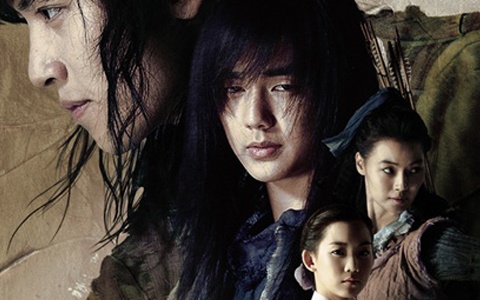 SBS historical drama, “Warrior Baek Dong Soo”’s once again are on the rise as it continues to hold the top spot.

Ratings released by the AGB Nielsen Media Research firm on August 16th revealed that “Warrior Baek Dong Soo”’s nationwide viewership was 17.3%. Over the past nine days the drama has seen an increase from 15.9% to the current 17.3% which is a total of 1.4% in audience.

As “Warrior Baek Dong Soo” is receiving promising numbers in viewers let’s take a look at the other shows in the same time slot. MBC’s drama “Gye Baek” gained 13.5% of viewers, while KBS 2TV’s “Spy Myung Wol” recorded ratings of 5.3% for the night as the drama had been stagnant and then saw a decline over the past week. “Gye Baek” finally had a chance to be first, even with Lee Seo Jin’s star power it wasn’t enough for the viewers to exert traction as they soon fell back to second. As for “Spy Myung Wol” actress Han Ye Seul had been caught up in a controversy, lately, which didn’t help their low ratings either as they had to withstand the double humiliation.

“Warrior Baek Dong Soo” rose slightly in the rankings although they will still have to defend the throne from being taken. Sooner or later they could possibly surpass 20% if they gain more of the viewers attention.