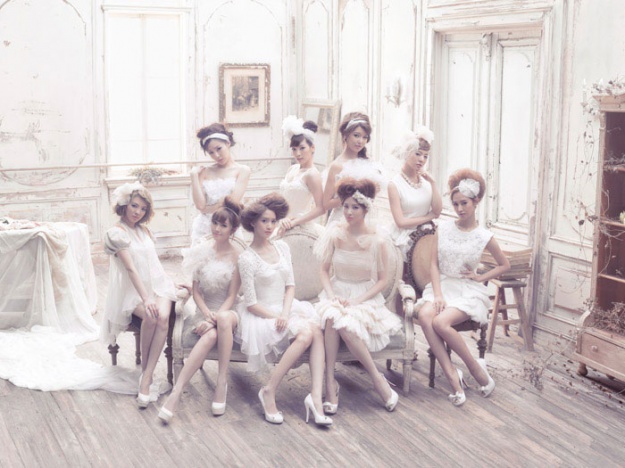 SNSD’s increasing presence in Japan has attracted media attention. The girl group is featured in a profile by Robert Michael Poole in CNN Go, following the Girls’ performance as the special guests of Japan’s Summer Sonic Music Festival the past weekend.

“We want to be nine Beyonces,” Tiffany told CNN Go, on behalf of the group, remarking on the singer’s stage presence and sex appeal. It was for this interview that Jessica stated SNSD is hoping to reach more worldwide audiences by coming out with a record in English.

Their participation in Summer Sonic put SNSD on the same line-up of international artists James Blunt, The Strokes, Panic at the Disco, and exactly on the same stage as Korn and Avril Lavigne. The girls’ short performance in the music festival brings to light the group’s achievements since their entry into the Japanese market: a double platinum status within one month for reaching 500,000 copies sold of the “Girls’ Generation Japan 1st Album.” It is also the best-selling debut of a foreign artist in Japan.

Immediate activities for SNSD’s expansion in Japan include their appearance on August 20th in MBC’s “K-Pop All Star Live in Niigata,” which members Sooyoung, Tiffany and Yuri will be hosting and a three-night “SM Town Live in Tokyo” beginning September 1st.

CNN Go
How does this article make you feel?