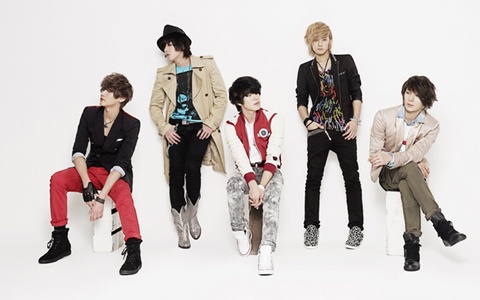 FT Island to Perform in Toronto at "Concert for Japan"

FT Island is slated to perform at the music event “Concert for Japan” in Toronto on September 3rd.

“Concert for Japan” is a benefit concert that will be held during Canada’s Labor Day weekend (September 3-4). As stated in the home page, the mission of the event is to raise donations for the homeless, orphans, children, elderly and many more affected by Japan’s earthquake. The disastrous earthquake and tsunami struck Japan on March 11th, 2011, killing many lives, destroying homes, and has left Japan’s infrastructure in a fragile state.

FT Island will join the stage with other rock acts including Evaline, Vas Vega, Yakudo Traditional Japanese Drummers, Envy, Atoomic Tom, and more. Although the benefit concert is two-days long, FT Island will only participate on September 3rd for the “Rock Day.” September 4th is “Dance/Pop Day” and will feature a different set of artists.

FT Island has yet to update the schedule on their official website for this event, but it is expected they will do so soon.

The benefit concert will be held at Downsview Park in Toronto from 12:00PM until 11:30PM. There are two options for tickets: a single day ticket for $75, or a two-day pass for $130. You can purchase tickets here. There is also a limited-time VIP package that provides exclusive services.

Canada
How does this article make you feel?