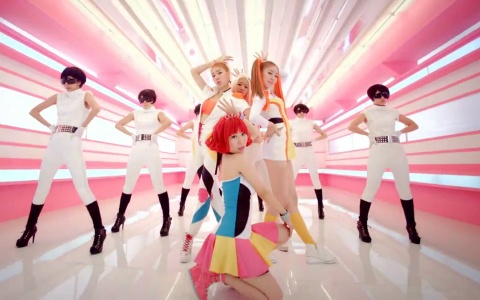 New four member girl group STELLAR has released their debut music video for “Rocket Girl.” The group is produced by Shinhwa’s Eric, who is also featured in the music video. Their members are Ga Young, Jeon Youl, JOA, and Lee Seul.

Their debut single was composed by Kim Do Hyun, who has also composed such hit singles as Lee Hyori’s “10 Minutes“, and “I’m a Loner” by C.N. Blue.