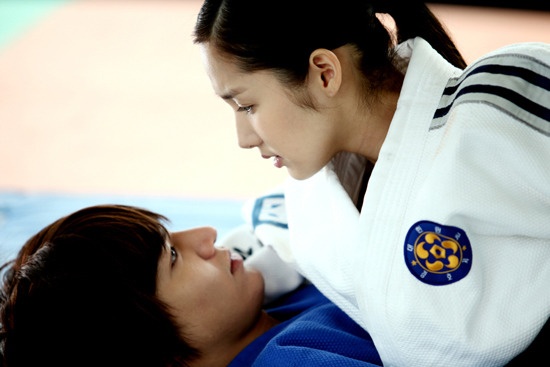 It was revealed today that Lee Min Ho and Park Min Young have been dating for a month so far, following the end of their popular drama “City Hunter.”

According to local media Dispatch, the two were attracted to each other during the filming of “City Hunter,” and immediately after the end of the show they turned those feelings into a romantic relationship.

Lee Min Ho’s agency told Dispatch, “They started to have good feelings toward each other through ‘City Hunter.’ It seems like they’re at a stage of getting to know each other right now, but I’m not sure how much those feelings developed so far.”

Park Min Young’s agency also said, “It is true the two have good, mutual feelings for each other. I think she’s (Park Min Young) trying to get to know the human-side of Lee Min Ho, not the actor Lee Min Ho. But you always have to be careful with these relationships, and the agency doesn’t know everything about the celebrity’s private life.”

“Lee Min Ho and Park Min Young tried to avoid making their relationship public. So they tried to be careful whenever they met. But their personalities wouldn’t allow for a secret date at home. When they met at a public space, like a restaurant or bar, they would always bring a mutual friend,” a person close to the two was quoted as saying as well.

The source added their relationship started to really build up because of “City Hunter,” as he said, “Because of their respective roles in the drama were so important, they had a lot of long-hour filming sessions, often overnight. As they worked together for long hours, I think they started to learn more about each other more.”

Dispatch also released several photos of the two enjoying a date at a local coffee shop and a high-end bar in the posh Chung Dam area in Seoul. It said the bar photos were taken on August 5th, right after Park Min Young returned from her photo shoot in Hawaii. The coffee shop date photos were taken on August 18th, the day after Lee Min Ho returned from his overseas photo shoot.

Just two weeks after denying rumors of his recent break up with a woman he reportedly dated for six months, Lee Min Ho stuns us all with one of the most shocking (and pleasant) surprises all year. Do you think the two make a great couple?

You can see paparazzi photos of Lee Min Ho and Park Min Young on a date here!