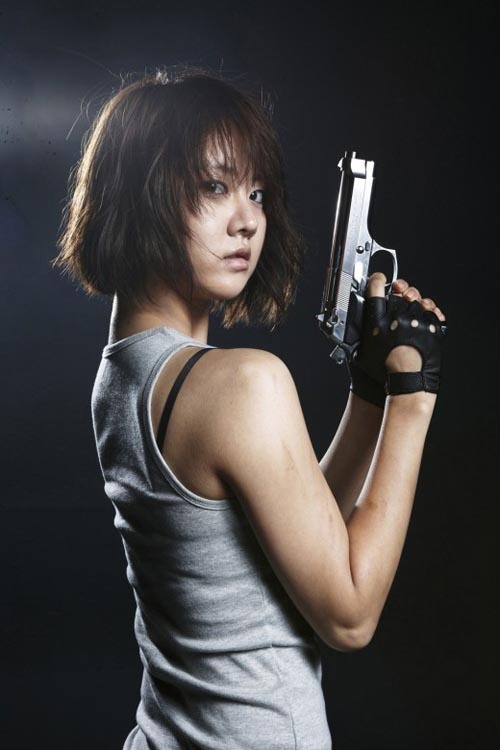 “Girl K” is a mixture of action and thrills, which has earned the movie to be called the “Korean Nikita”.

The story of “Girl K” focuses on Yeon Jin, a high school student who watched her mother’s murder right before her eyes. Yeon Jin soon discovers her mother was part of a secret organization, SS1. When her mother had heard about the chief’s plans for her daughter she went on the lam to save Yeon Jin, which led to her own demise. Yeo Jin vows to find her mother’s killer. To do this she must join and infiltrate SS1.

“Girl K” stars Han Groo in the lead role of Yeon Jin. Kim Jung Tae plays the role of Yeon Jin’s helper, Daddy Long Legs. At only 19 years of age Han Groo has a promising resume, having studied dance in the US to learning martial arts in China. She even performed the majority of stunts herself. Her ultimate goal is to make her debut as a singer, which she hopes with the help of her acting in “Girl K”, will aid in making a name for herself.

Cable channel CGV TV will air the movie trilogy, “Girl K”. The first installment will be broadcast on August 27th at midnight.