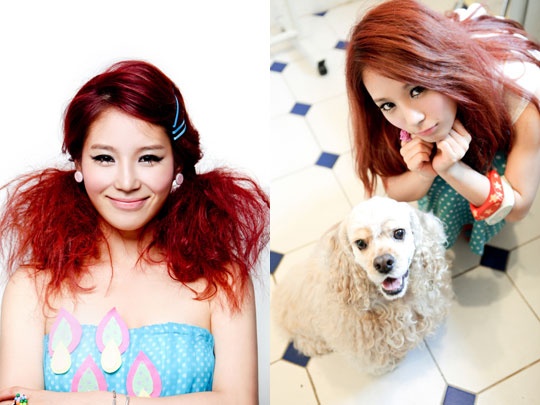 The sweet songstress behind the melodic yet eccentric song “Half” will be making her way to Japan for a new CF deal with “Lotte!”

It’s been just a year since Kim Yeo Hee first began making headlines all across portals like CNN and The Sun with her YouTube covers of popular hits using nothing but iPhone applications. Her performance skills earned her the title of ‘Appe Girl’ or ‘iPhone Girl’. She’s since gone on to release several songs under her belt, but this will be the first time she’s actually traveling overseas in prospects of an advancement.

She’s been receiving endless love calls from companies overseas who were captivated by her YouTube videos, so it shouldn’t come as a surprise that she’s receiving love calls from Japan just a year into her debut. Kim Yeo Hee will be modeling gum for Lotte.

“I’ll be leaving for Japan to film my advertisement today. I’ve received many international love calls since my debut, I still feel a bit in a daze with it all,” she commented.

We’ll be hearing more of her soon, as she’s set to begin promoting her single, “Half,” on music programs next month.

Apple Girl
Kim Yeo Hee
How does this article make you feel?