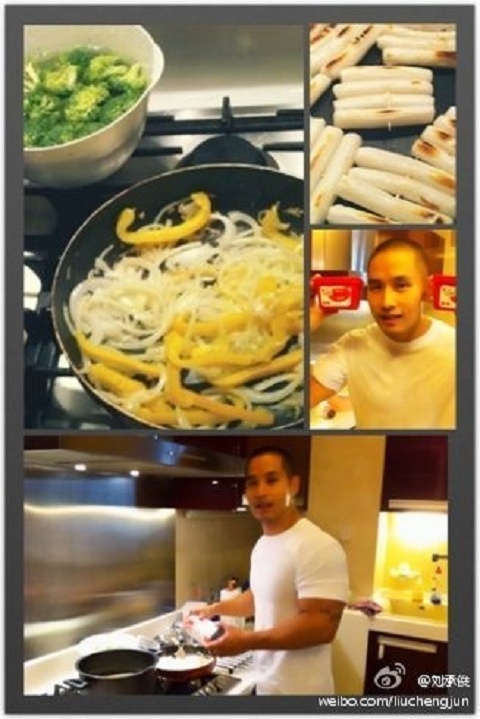 Yoo Seung Jun, who is currently riding out his popularity as an actor in China, was criticized by fans back in 2002 when he had decided to choose his American citizenship over his Korean one in regards to his military enlistment. However, a hint of his whereabouts were finally found, as it has garnered a lot of attention amongst others.

As of lately, Yoo Seung Jun has been into the Chinese social networking site Weibo, showing off his recent pictures of his family, himself, and others in actively posting them. Last month, he wrote, “I want to go to Korea while smiling,” which garnered a lot of attention amongst Korean fans as well.

But when registering on the site Weibo, one must show their country of citizenship and he wrote “Korea” instead of “United States.” Although he is an American citizen, it indicates that his heart is still at home in Korea. This isn’t the only evidence he’s left behind as through various events he attends, he always mentions that he’s Korean. Last year, he was even emitted the ambassador in promoting Korea in the “Korean” section of the expo held in Shanghai to tourists. At the time, a representative of his company said, “Yoo Seung Jun could not go back to Korea for 8 years which is the only thing hindering him as when he sees his fellow artists likeSuper Junior, DBSK, and other artists, he’s mostly left speechless.”

Although the issue on the citizenship was due to the fact that Yoo Seung Jun had used it to avoid military services and was driven out of the country, seeing him unable to forget his fans in Korea as well as Korea itself for nine years is understandable.

military dodging
Yoo Seung Jun
How does this article make you feel?