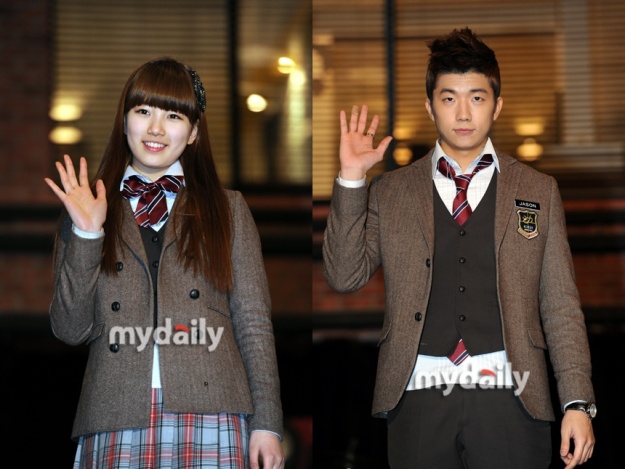 Wooyoung and Suzy to Cameo as a Couple in "Human Casino"

2PM‘s Wooyoung and miss A‘s Suzy will be playing the role of a sweet couple for a special cameo on PD Kim Sung Yoon‘s upcoming drama special, “Human Casino.”

PD Kim Sung Yoon co-produced the hit teenage drama, “Dream High,” which the two co-starred in together earlier this year. As of August 30, Wooyoung and Suzy have completed their filming for their respective roles.

“They have a connection through ‘Dream High,’ which I thought made it a great opportunity. When I told them that I would be working on a new project, they asked to come and visit. I suggested that they just cameo while they were at it, and they agreed. THey won’t be in the actual drama but during an episode that will appear at the ending scroll,” PD Kim Sung Yoon explained.

“Human Casino” is a dark-themed drama about a man that gets his fiancee abducted by gamblers that use human lives as their stake. In the drama, Wooyoung and Suzy will be appearing as a couple that gets mixed up in the gambling ring.

The drama will air on September 18.

Suzy
2PM
miss A
Wooyoung
How does this article make you feel?